Finding an identity worth fighting for 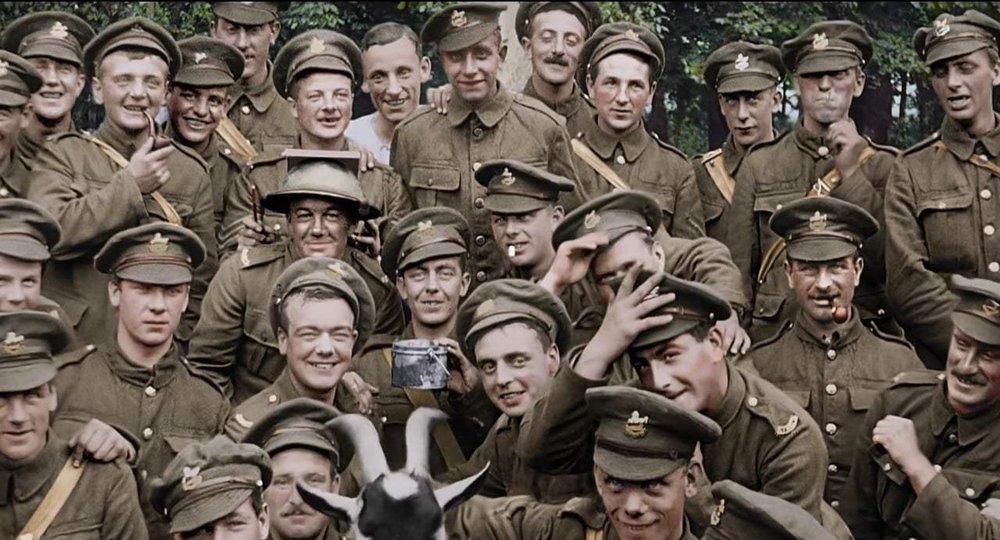 Watching Peter Jackson’s They Shall Not Grow Old, an epic documentary with remastered and colourised video footage of the First World War, I could not help but wonder: why did these men, many from humble but not impoverished backgrounds, willingly sign up for such a devastating war? Even when it became clear that the war would not be over within a few months, and that the death toll was high and increasing, why did men enlist for the frontline, risking their lives for the greater good?

Economists believe that humans are utility-maximising. But what utility was being maximised here? Certainly not income. And even if you want to make the case that their unselfish acts were for the preservation of their families, communities and country, it is unclear why many did not choose to free ride, staying at home while others bear the ultimate cost.

It was all for one of the deepest human desires, says Francis Fukuyama: recognition. In his latest book, Identity: Contemporary Identity Politics and the Struggle for Recognition, Fukuyama elaborates on why much of what we see in human behaviour cannot simply be explained by the rational utility maximising agents of economists. What he calls the ‘third part of the soul’, humans crave recognition beyond just their basic necessities. While this recognition was typically only reserved for an elite few in society – think of the warrior class like the English knights, the Japanese samurai, or the Zulu impi – over the last two centuries, this recognition has expanded to include almost all of us. Think of it as the democratisation of recognition. ‘The democratic upsurge that would unfold in the two centuries after the French Revolution was driven by peoples demanding recognition of their political personhood, that they were moral agents capable of sharing in political power.’ It was, in short, a demand for the equal recognition of dignity of all humans.

Yet the demand for recognition often takes a very different form, focusing on the dignity of a particular group that has been marginalised or disrespected. This creates group identities and leads to identity politics where the interests of certain groups – often categorised by race, nationality or religion – are favoured over others. This can both be good and bad. Where activists fight for the rights of disenfranchised groups to achieve equal rights – such as the anti-slavery movement, women’s suffrage, the civil rights movement or, in the case of South Africa, the anti-apartheid movement – identity politics can be a force for positive change. Where it, however, privileges one group over another despite equal rights or where the superiority of one group is claimed relative to others, it moves into dangerous territory. The rise of nationalist movements in the twentieth century was essentially identity politics on steroids.

But identities are not fixed. Says Fukuyama about identity politics in America: ‘Despite the beliefs of certain advocates on both the left and the right, identities are not biologically determined; while they are shaped by experience and environment, they can be defined in terms that are either tightly focused or broad. That I am born a certain way does not mean I have to think in a certain way; lived experience can eventually be translated into shared experience. Societies need to protect the marginalised and excluded, but they also need to achieve common goals via deliberation and consensus. The shift in agendas of both left and right toward the protection of ever narrower group identities ultimately threatens the possibility of communication and collective action. The remedy for this is not to abandon the idea of identity, which is too much a part of the way that modern people think about themselves and their surrounding societies. The remedy is to define larger and more integrative national identities that take account of the de factor diversity of existing liberal democratic societies.’

2019 is an election year in South Africa. It is a pivotal one. After a decade of poor growth, we desperately need investment and growth, and the policies that underpin it. But it will be important to remember that voters are not, despite economists best wishes, rational utility maximising agents. They are humans with a deep desire for recognition. Especially in a country that for countless decades denied the dignity of a majority of its people, this desire for recognition simmers just below the surface. It is prevalent in debates about expropriation without compensation, in debates about free higher education and debates about corruption and patronage.

Because human behaviour is not only dictated by economic incentives but also by a demand for recognition of individual and group dignities, it is possible to explain demands and movements that may appear, on the surface, to be confusing or even irrational. You can get the economics right, as one friend put it to me recently, and still miss the point entirely.

So what to do? If our politicians are serious about building a society the recognises everyone’s dignity, they would need to bridge the disparate identities of race, ethnicity, religion, geography and gender that have fractured our society on so many levels. We need a new South African identity, built on values that is shared across the deep fissures of fragmentation.

That is how you build a prosperous nation. That is how, as Peter Jackson shows so vividly, you build a society that is worth protecting at all cost.