How celebrities can save your life 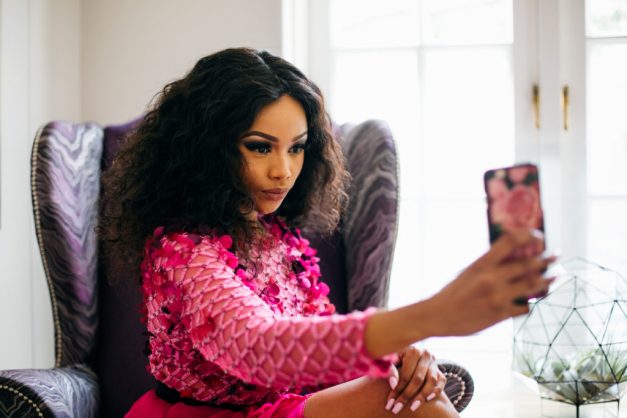 This has happened despite a higher average number of immunizations across Europe – with 90% of all children in the region, as shown in the figure below, receiving a second dose of measles-containing vaccines. So how is it possible that more immunization could still result in the rapid escalation of measles cases? The answer lies in the distribution of immunizations. Whereas there are many communities that immunize fully, several pockets of Europe don’t. It is in these small pockets that measles outbreaks occur. One of those is Italy, where anti-vaccine groups allied with populist politicians abolished a law that made vaccines compulsory last year, only for it to be repealed a short time later after measles cause soared.

The threat of measles is now so severe that the World Health Organization listed vaccine hesitancy, for the first time, as one of the top 10 global threats of 2019. One may wonder why it is possible for one of the richest regions of the world to still suffer the consequences of a disease that is entirely preventable. There are many reasons why anti-vaxxers, as they have come to be known, choose not to vaccinate their children. On the surface, it may seem like irrational support for pseudo-science, but ultimately the motives are political, economic or religious. But in poor societies, it is often simply a lack of information. And so an obvious question is what to do in a society where vaccination rates are low because people simply don’t know about the social benefits of immunization.

Celebrity twitter. A new NBER working paper reports the results of a large study that tested whether celebrity twitter endorsements of an immunization campaign in Indonesia had any effects on twitter users. Indonesia is the ideal country to study this: it has both a large, unimmunized population, and it is one of the largest users of Twitter. The results, in short, are profound: celebrity endorsements matter, both in how quickly information spreads and whether it actually affects behaviour. Celebrity’s twitter endorsements of a vaccination campaign actually made people immunize their children more.

Here’s how the test was done. The authors recruited 46 high-profile celebrities, with a combined total of more than 7.8 million followers, who agreed to open their twitter accounts to the researchers to randomly send a series of tweets with the campaign hashtag #AyoImunisasi (‘Let’s Immunize’). The authors then tested whether tweets by these celebrities are more likely to be retweeted and liked, and reach a wider audience. ‘We find using this design that when an individual observes a given message through a retweet, and that message was randomized to be composed by a celebrity as compared to an ordinary individual, there is a 70 percent increase in the number of likes and retweets, compared to similar messages when they celebrity’s involvement was masked.’ The authors can also study whether multiple messages from different celebrities have a larger effect. It does: ‘While going from one to two messages increases the probability of retweeting two-fold, and going from one to three increases the probability by 2.5 fold, the effect flattens out after that’.

The more interesting question is, of course, whether retweets have any real-world outcomes. To study this, the authors conducted the study during two phases (July to August 2015, and November to February 2016). They then did a phone survey with twitter users, asking them general knowledge questions and questions about vaccination. If the latter was different for those exposed to the twitter campaign but not the former, then the effect of the twitter campaign could be interpreted as causal.

When 15 tweets or retweets shows up in a respondents Twitter feed for one month, there is a 20 percent increase in their probably of knowing the hashtag #AyoImunisasi. A one standard deviation increase to the campaign also caused a 12 percent increase in knowing that vaccinations are produced locally, an important piece of information in Indonesia because domestically produced vaccines are known to be halal). This matters, because it also affects their behaviour – and the behaviour of their closest relatives. ‘We find consistent evidence that in each type of network – neighbours, relatives, and friends – of those exposed to the campaign, those exposed to the Twitter campaign were more likely to report that their network members actually immunized their children.’

We may scoff at the attention celebrities get on social media (and the lengths they go to get it), but as this research shows, their influence can have real-world consequences. Sharing information about the benefits of vaccines can save lives. Now to get Bonang and other South African celebs to take note… #LetsImmunize.