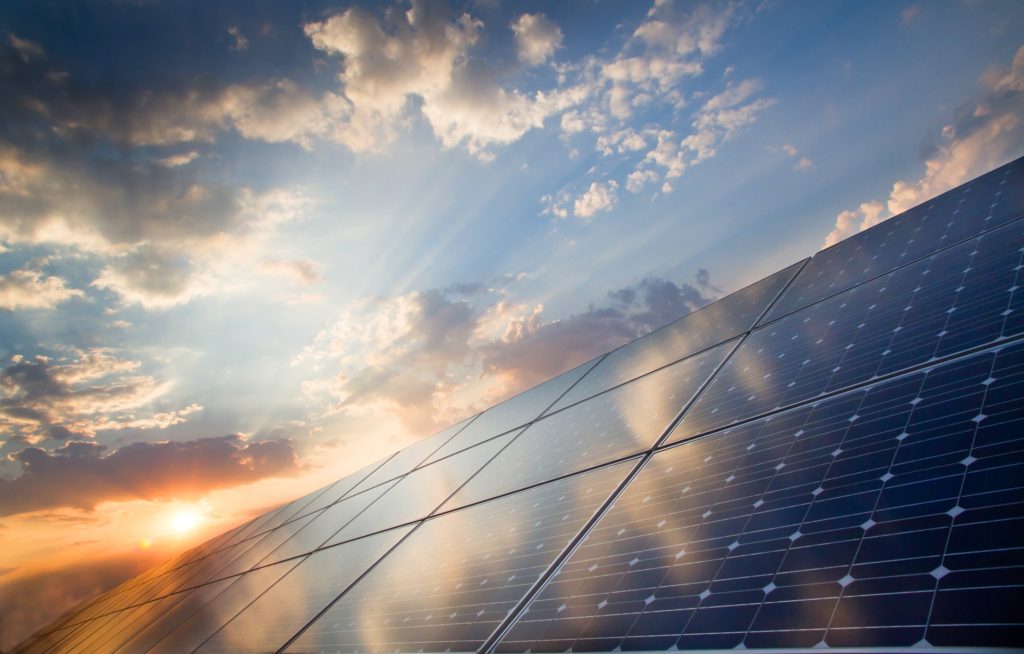 Every year I ask the second-year students in my global economic history course to write down the reasons why people are poor. They usually take a moment to think, and then begin by writing down a long list of things: poor access to quality education, corruption by leaders, exploitation by companies. I then ask them to write down, on a separate paper, the reasons why people are rich.

I always find it fascinating that the answers to what is essentially the same question is almost never the inverse of one another. People are rich, they say, because they were born into wealth, or work hard, or are lucky.

For most of our history almost all humans were poor. Entropy is the natural state of the universe. It is incredibly difficult to sustainably escape poverty, which is why humans could not do it for thousands of years. It is only in the last two centuries that we have somehow done the unthinkable and become remarkably affluent.  The right question is never ‘why are people poor?’ as the simple answer is ‘that is our natural state of being’. The most difficult question, one that I would argue should occupy the minds of the sharpest in our society, is: How do we create sustained prosperity?

There is one answer most economists would agree on: innovation. Innovative new technologies and systems allow firms to produce new and better things that improves consumers’ lives. They make workers more productive (raising their salaries) while raising profits (and benefits shareholders) which allow for reinvestment and expansion. The richest countries are not the ones with the most labour, land or resources, but the ones who are the most innovative.

But innovation is a fuzzy concept. That is because not all innovations are created equal. In a new book, The Prosperity Paradox, Clayton Christenson, Efosa Ojomo and Karen Dillon define argue that there are three types of innovation: sustaining innovation, efficiency innovation and market-creating innovation. Sustaining innovation are improvements to existing solutions on the market. Think of a new version of the Toyota Corolla or iPhone. These products typically include new features but are mainly aimed at existing car-buying customers or phone-owners. Efficiency innovation focus on how the product is made. In short, it is doing more with less. The number of farmers has declined over the last century while the amount of food they have produced has increased substantially. This is an example of efficiency innovation. 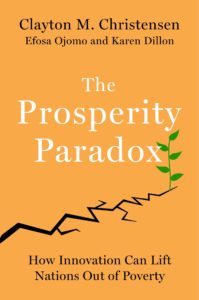 Christenson, Ojomo and Dillon argue, however, that while both of these types are good for economies, keeping them competitive and vibrant and freeing up resources, they are not at the heart of what propels economies to higher growth. This, they argue, can only come from market-creating innovations, the type of innovation that create new markets that serve people for whom either no products existed or existing products were neither affordable nor accessible for a variety of reasons. Instead of a new car model, think of the shift from horses to cars. Or instead of a new version of the iPhone, think of the first smart phone. Market-creating innovations democratise previously exclusive products and services.

Let’s make this more practical. In the 1980s, many experts would have laughed at the idea that the mobile phone would be a revolutionary technology in Africa. Then an expensive and cumbersome technology, it had limited use aside from luxury cars or military personnel. Yet in the last three decades, the mobile phone has transformed the lives of millions of Africans. Not only has it employed thousands of people in sales, marketing and technical jobs, but it has generated massive returns for local shareholders. MTN, the largest operator in Africa, had revenues of R134 billion in 2018. To put it in perspective, that is just slightly above the gross domestic product of Rwanda.

Market-creating innovations is not only about creating jobs and generating profits. It strengthens the fabric of society too. Many might say that the fruits of innovation can only trickle down if a society has good institutions, i.e. the rule of law, a corruption-free government and democracy. But the authors suggest that the causality works the other way, from innovation to institutions. ‘Billions of dollars are invested annually by many organisations to help poor countries improve their institutions. Institutions are pushed onto these countries with the best of intentions, but could there be a reason why so many “pushed” institutions in emerging economies end up being ineffective, or, worse, corrupt? We cannot fix problems with the law, systems, and institutions by simply adding another law, system, or institution. Effective institutions are not just about rules and regulations. Ultimately, institutions are about culture – how people in a region solve problems and make progress. At their core, institutions reflect what people value. And that, it turns out, has to be homegrown. Innovation can play a critical role in this process.’

What might the new market-creating innovations of the future be? In an appendix, the authors list things like portable washing machines in India, affordable drugs in Nigeria, matrasses in Cambodia, waste-to-energy recycling in Ghana, electric cars in Mexico and a range of other innovative ideas. If I could add my two cents: renewable energies, particularly solar panels, can empower millions of ‘nonconsumers’, as the authors coin those who desire goods they cannot yet afford. Africa is endowed with tremendous natural resources of which the most important may be sunlight. As the efficiency of solar panels in converting sunlight into electricity continue to improve, we are moving closer to power generators for each home, car or even mobile phone.

Even the poorest of the poor, can develop market-creating innovations. ‘Two hundred years ago we lived in a world filled with nonconsumption of all sorts of products and services that we take for granted today. From cars to financial services, there were many products that were once limited to only the rich in our society. We were once impoverished, and in the same way our circumstances changed, the circumstances of many of today’s impoverished nations in our world can change as well.’

Asking why people are poor is asking the wrong question. As Christenson, Ojomo and Dillon argue, our focus should be on what makes people rich. ‘Enduring prosperity for many countries will not come from fixing poverty. It will come from investing in innovations that create new markets within these countries.’