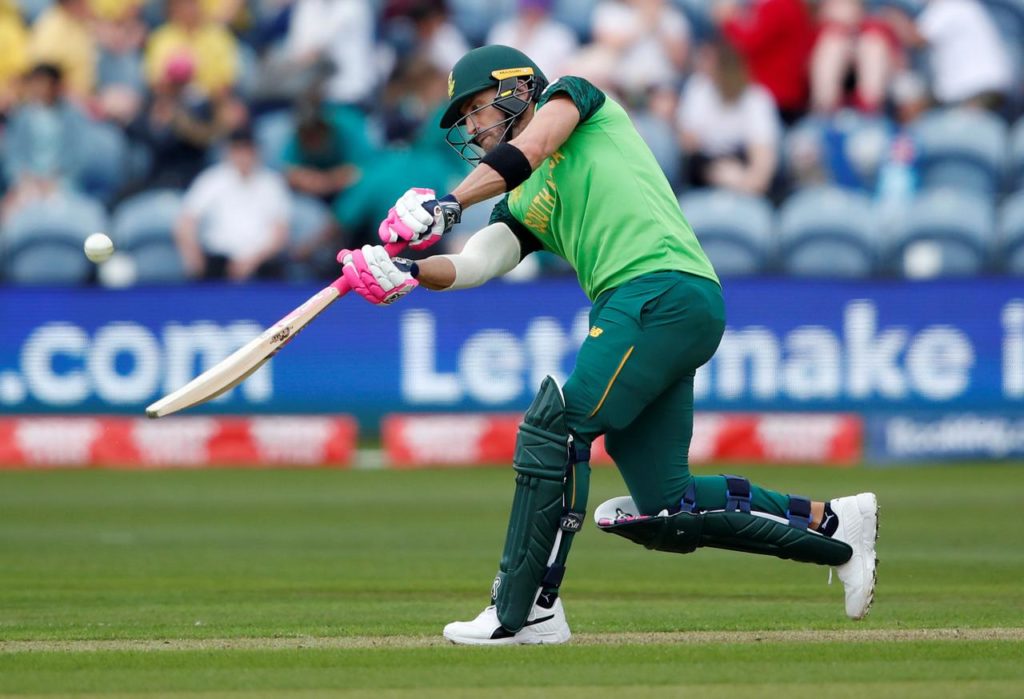 I did the math the other day. I’m 36. Assume the Cricket World Cup continues to be held every four years and that I reach the ripe old age of 80. That means that this is my 12th last CWC. It also turns out that it is the 12th time the tournament will be held. In that time, South Africa has never played a final. We played in one semi-final – in England against Australia and lost, a game few South Africans who watched will ever forget. (The day following the horrific day, I had to board a plane to go on a cricket tour. Where to? England. Fun. That Lance Klusener-Alan Donald run-out scarred a generation of South African sports fans.) Anyway, the likelihood that South Africa will win a Cricket World Cup in my lifetime appears slim. (Perhaps that is why so many South Africans emigrate to Australia, who has, of course, won it five times.)

But, perhaps, this time is different.

The underdog label suits South Africa well. Had AB been available, we would have been one of the favourites. But he is not, and maybe, strangely, that might be a plus. We have an excellent pace attack with Rabada, Steyn and Ngidi. And in Tahir we have one of the leading ODI bowlers at the moment. But I have a vague suspicion that our success will hinge on the fortunes of a relatively unknown all-rounder – Andile Phehlukwayo – and that his performances may just surprise a few people. I was not his biggest fan when he began; his early stats were average at best. But over the last year and a bit his ability has improved markedly, notably with the ball (but with the bat too), and the coach, selection team and the player deserve credit. He also seems to have one thing South African cricketers have lacked at major tournaments: BMT. Let’s see how he handles the biggest of stages.

Our batting department is less spectacular. Quinton de Kock and Hashin Amla is class but both have struggled for form, Amla in South Africa and Quinton, to a lesser extent, in the IPL. Much will depend on the in-form captain, Faf du Plessis. Two quick wickets and the relatively inexperienced if remarkably consistent Rassie van der Dussen walks in. This will be a step up from what he is used to. The inconsistent if explosive David Miller and JP Duminy fill out the batting slots. Had AB been available, and replaced Miller, this would have been a world class batting line-up. Without AB, and because of our longish tail, South Africa always feels one wicket away from a possible collapse.

The exciting news is that I will be there to cheer on the boys, at Cardiff (against Afghanistan), Birmingham (against New Zealand) and Lords (against Pakistan). And in-between, sports historian Gustav Venter and I will follow some former South African batsmen on the Country Cricket circuit. What can be better than a four-day match at the Arundal Castle Cricket Club?

So who will win? In the most open of world cups ever, and with probably the best format for the competition, all bets are off. I’ve run an incredibly complicated machine learning algorithm on big data that included each player’s past performances ball-by-ball. It revealed nothing. But if I had to put money on it, even if history will tell you it is unwise to bet against Australia, the safe money is on an England v India final. My heart says England will play South Africa. With Phehlukwayo to hit the winning six in the final over. A man can dream, right?

PS: It is not just about cricket, though. On 6 June I present a seminar at the London School of Economics, on 7 June at Cambridge University and on 12 June at the University of Warwick. The seminars will discuss my work (with Igor Martins and Jeanne Cilliers) on compensation payments to slaveholders. Read more about it here. If you’re interested and in the vicinity, please join in.