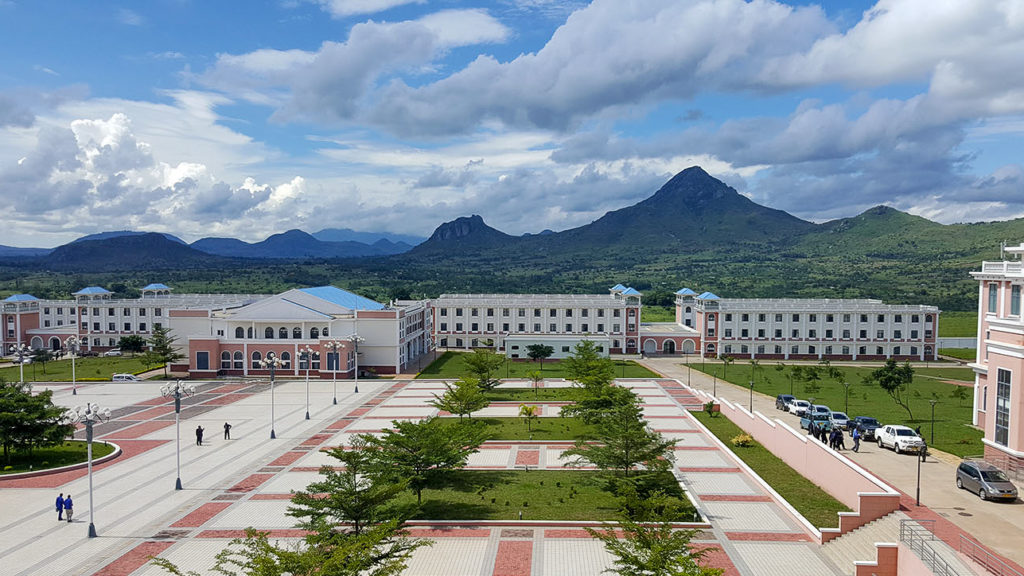 Drive an hour southeast from Blantyre, Malawi, almost halfway to the awe-inspiring Mulanje mountain, and you will come across something quite out of the ordinary: the campus of MIT. The Malawi Institute of Technology, part of the larger Malawi University of Science and Technology (MUST), opened in 2014, and offers, according to its website, a range of undergraduate courses to around 1800 students, including in metallurgy and materials engineering, chemical engineering and biomedical engineering. The University has 200 staff members and an impressive 46 000 m2 campus. Its vision is to be a ‘world class center of science and technology education, research and entrepreneurship’.

Fantastic, one would want to say: innovation and technology is indeed the only way to lift one of the poorest countries on earth out of poverty. But things may not be as promising as it appears on the surface. The university is built far away from the city or even the main local village. It is in the opposite direction than the airport (which is to the northwest of Blantyre). The campus is ultra-modern – even the university website promotes its ‘magnificent lecture rooms’ – but also quite desolate; it is only running at 36% capacity. Its architectural style reminds one of the set of the Truman Show. The library has several empty shelves. Many signs are in Chinese.

This is because MIT was built when the then president of Malawi, Bingu wa Mutharika, secured an $80 million loan from the Export Import Bank of China. Mutharika, an economist by training who died in office in April 2012 (and was the brother of the current president, Peter Mutharika), probably saw the university as a way to equip the next generation of Malawians with the skills necessary for today’s economy.

Yet the remote location of the university seems strange until I realised that MUST was built on the former president’s personal farm, not far from the village where he was born. MUST may have been a way to lift Malawians out of poverty, but he had a very specific segment of Malawians in mind: those in the region he hailed from.

Such patronage is not new, and it may not even be entirely wrong, but it is happening on a large scale. And much of this is the result of Chinese influence. A new paper, published in the Journal of Development Economics by six economists, examines whether Chinese aid to African countries are more likely to be allocated to the birth regions of their leaders. They collect data on 117 African leaders’ birthplaces and geocode 1650 Chinese development projects across 2969 physical locations in Africa from 2000 to 2012. Their econometric results show that political leaders’ birth regions ‘receive substantially larger financial flows from China in the years when they hold power compared to what the same region receives at other times’. MUST is clearly not the exception.

They also analyse the timing of the Chinese aid. ‘We also recover evidence that this birth-region effect is significantly larger in the years immediately preceding executive elections and when competitiveness of executive elections is high. This empirical pattern is consistent with the notion that African leaders who face electoral competition are particularly keen on using Chinese aid to deliver clientelistic rewards to their core constituents.’

Such patronage or clientelism – call it what you want – may not be a bad thing: indeed, many of these leaders come from poor regions where such investment is much needed. And, indeed, the authors of the study, in a separate paper, show that those birthplaces that indeed receive disproportional investment also see greater education and other positive outcomes. The question, of course, is at what cost? Had MUST been built in urban Blantyre (or, better, Lilongwe) rather than in rural Thyolo, it would probably have been able to attract more students and more talented faculty, with a much larger impact for the country.

So why are the Chinese providing so much aid? Apart from MUST, the Chinese government has built a new road linking Malawi with neighbouring Zambia and constructed the Five-Star President Walmont Hotel, the Bingu International Convention Centre, a new Parliament Building and Bingu National Stadium in Lilongwe. The reasons for their ‘investment’ remain less obvious. The optimists would argue that their influence is a net positive; by building new highways and rail links (even out of self-interest, to connect natural resources with the coast) they are helping African countries overcome the infrastructure bottlenecks that have hampered development. The pessimists would argue that China is not very different from the former colonial regimes. They are only in Africa to extract resources and willing to provide ‘development aid’ to local politicians to get what they want. Which interpretation is most correct will probably be for future historians to decide.

What is clear is that African leaders find it difficult not to use the blank cheques they receive from China to win elections and reward their supporters. Sometimes their intentions are good – like Bingu wa Mutharika must have had when he dreamed up the Malawi University of Science and Technology. But the opportunity costs of such funding is large, and even those projects that are completed may not have the expected returns without the necessary operational expertise and budget. Building a university is expensive; maintaining it is often much more so. What this study suggests is that development aid is no panacea. It may do more harm than good, even for those few lucky enough to be born in the same village as their president.