Why the series you binge-watch could affect the next election 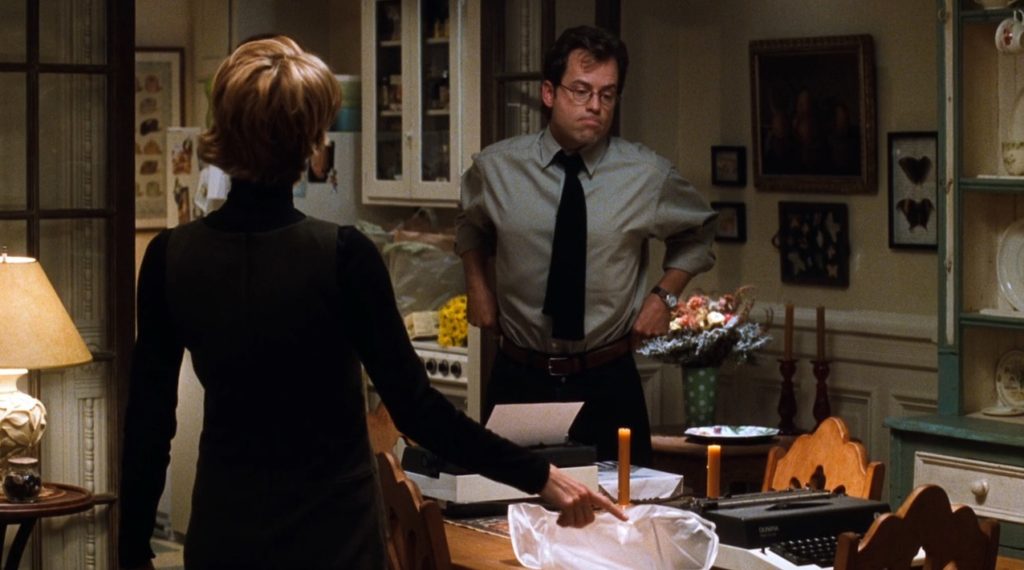 In the movie You’ve Got Mail, Frank Navasky, played by Greg Kinnear, writes a column in support of his girlfriend Kathleen Kelly’s bookstore which is in financial distress. He writes that Fox Books (the big bad chain store) threatens the survival of ‘one of the twentieth century’s most profound truths: you are what you read’.

A new book by Jodie Jackson – You Are What You Read – argues that this truth is hurting us badly. Contemporary negativity bias in news media, she argues, affects how we see the world around us, impairing our mental health and the choices we make. News has become characterised by deliberate invention, gross sensationalism (clickbait!) and, often, simply lazy inaccuracy. And just like most of us would agree that our food diet affects our health – ‘you are what you eat’ – so, too, does our media diet affect our mental health. Based on a wide range of academic research, she shows that our perception of reality is far too easily influenced by false narratives – and that there are practical steps we can take to improve our mental health hygiene. (Get off twitter, for example.)

The type and quality of media we consume not only affects our mood but also our cognitive ability. And this, in turn, has political consequences. This is the remarkable findings of a new study, soon to be published in the American Economic Review, by three economists, Ruben Durante, Paolo Pinotti and Andrea Tesei. They exploit a wonderful natural experiment in Italy: the expansion of Silvio Berlusconi’s commercial entertainment television in the 1980s. Some municipalities, because of various technical reasons, received reception of Berlusconi’s tv channels, Mediaset, early during the 1980s, while other municipalities (of similar shape and size) only gained access much later. Importantly, Mediaset channels were entirely devoted to light entertainment and movies during these early years. There were no educational programmes or news. This means that the authors can study the affect of entertainment television on those viewers in municipalities with access compared to those without.

And the results confirm exactly what our parents warned us against: that entertainment TV makes you dumber. In their words: ‘For individuals first exposed to Mediaset as children, we find that entertainment TV has a negative impact on cognitive abilities in adulthood, as measured by standardized numeracy and literacy tests.’

The exposure to entertainment TV had political consequences too. Silvio Berlusconi first ran for office in 1994, several years after almost all municipalities had access to his commercial network. Yet the authors show that those areas where Mediaset first appeared on television screens were also more likely to vote for Berlusconi’s Forza Italia. Not only did they do so in 1994, but they did so in every election for the next five elections – until 2008, almost 25 years after Mediaset first appeared on television screens. The results are especially large for heavy TV viewers, that is children (below age 10) and older ages (55 and above), which were almost ten percentage points more likely to vote for Berlusconi. As the authors remark themselves, ‘given that all municipalities were progressively exposed to Mediaset by 1990 and that our coefficient captures only the effect of a few additional years of exposure, the effect on voting behaviour is quite remarkable’.

There is more. When the effect on Berlusconi’s party disappears, it reappears in a different guise: support for the even more populist Five Star Movement in the 2013 elections. Says the authors: ‘Evidence from individual-level surveys confirms that voters exposed to Mediaset earlier on tend to be more receptive to populist messages, rather than adhering to traditional right-wing values. These findings suggest that exposure to entertainment tv made viewers more supportive of populist movements and leaders in general, and not just of Berlusconi or the conservative camp.’

The shift towards populist parties worldwide, these results suggest, may be a consequence of the mass roll-out of entertainment television and the increased time people spend in front of their screens. Since the 1980s television screen time for children in particular has increased exponentially. A 2017 American study show that children up to age eight spend more than two hours every day on screen media. Most of that is occupied by TV and video viewing. A similar study in 2015 found that for eight to twelve year-olds, the amount of time is almost double that.

The good news is that TV and video screen time is falling. The bad news is that it is replaced by mobile phones. A report be eMarketer in early June predicts that the average US adult will spend 3 hours and 43 minutes on mobile devises in 2019, 8 minutes more than on TV, the first time mobile has overtaken TV.

The consequences of this consumption are unclear. As Jackson points out in her book, competition for our attention pushes news agencies to highlight negative stories. ‘The depressing thing is’, she writes in her introduction, ‘that those that report from a place of nobility are scarce in the current media environment and poor-quality journalism has overtaken good-quality journalism. Instead, many journalists are forced to report whatever will generate profit, governed by audience-engagement targets, advertising revenue and reach. Because of its cheap production costs and entertaining nature, poor quality journalism is thriving in news organisations – something that benefits their bottom line but hurts us both psychologically and socially. We are told a manufactured and manipulated version of the truth. Sometimes it is not the truth at all.’

Just as we have come to carefully curate what we eat, perhaps it is time, for our own mental health and that of our community, to be cognizant of what we read and watch. In Ukraine, Volodymyr Zelenskiy, a comedian who starred in a hit TV series in which he played a teacher who unexpectedly became president, decided to run for president. Remarkably, he won 73% of the vote, blurring the line between fact and fiction. Is that a sign of things to come? A twenty-first century iteration of Frank Navasky’s dictum would probably read: You elect who you watch.