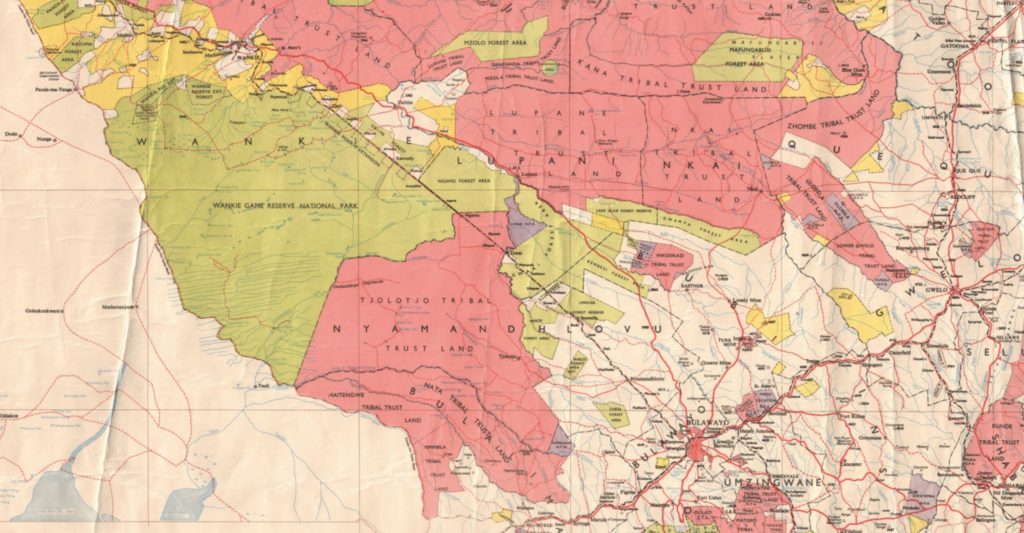 For much of the last decade I’ve spent reading and writing about African economic history. Although my research focus has mostly been on the southern tip of the continent, I’ve thoroughly enjoyed becoming part of a larger ‘renaissance’ of scholars that have pushed for a better understanding of the fluctuating fortunes of Africa’s economic past. Economic historians, I strongly believe, are the best people – and almost certainly the nicest economists. I’ve made friends across the globe. Wherever I have traveled, from Harare to Harvard, I’ve received kind welcomes and friendly audiences, interested in the ideas I have to offer.

The good news is that all this interest in African economic history has helped us make significant progress: more sources and better tools have allowed us to confirm or refute existing theories of African development, or evaluate entirely new ones. In a new paper I’ve written for a special issue of Economic History of Developing Regions, I document the large increase in African economic history research. From only a handful of participants in 2010, for example, the annual African Economic History Network meetings now welcome more than 100 participants (see graph). That is remarkable growth in a short space of time. The founders of the African Economic History Network, notably Erik Green, Ellen Hillbom and Morten Jerven at Lund, Ewout Frankema at Wageningen, Alex Moradi at Bozen-Bolzano, Leigh Gardner at the LSE, and Gareth Austin, now at Cambridge University, deserve much of the credit, as do Karin Pallaver (Bologna) and Felix Meier zu Selhausen (Sussex) who have helped expand the activities of the Network. And there are younger members, too many to name, that have already made telling contributions. 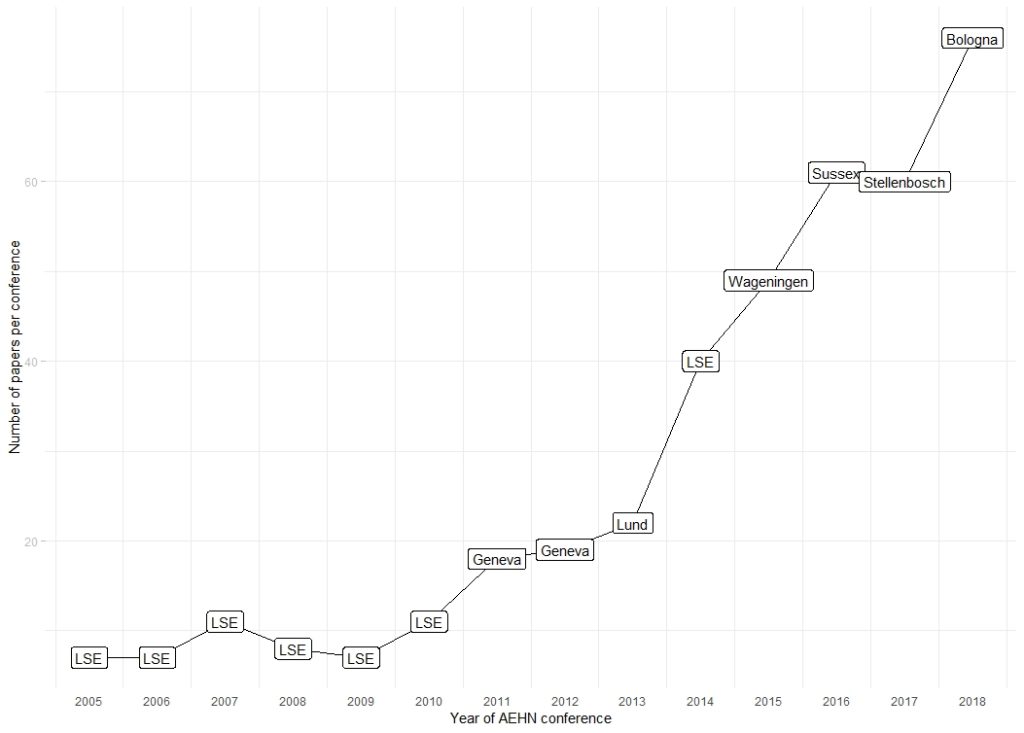 Why should we care that Africans are not necessarily part of these debates? I argue that there are at least two reasons: first, because it would promote methodological diversity and, second, because it would promote epistemological diversity. But it is also because African scholars are closer to the levers of government, with the potential to influence policy: ‘African economic historians uncover how these historical forces still shape present realities. And because African scholars are more likely to influence domestic policies, it follows that improving the quantity and quality of African economic history on the continent is also likely to yield better-informed economic policies.’

A second important question I address is why there are so few African economic historians in Africa. There is no easy answer, obviously, as an earlier debate about this same question attests to. Understanding the intellectual development of economic history as a discipline helps to some extent, and the lack of resources at many African universities, notably in the 1980s and 1990s, too. But a more optimistic view would be that much of this is simply a marketing issue. There are already African economists writing about Africa’s economic history, although one would have to look past the standard economic history journals to find them. By inviting these scholars to our seminars and conferences would be a first step in transforming the field.

In the final section of the paper, I offer more fundamental recommendations, ranging from expanding networks to financial support for African students (in Africa and for those hoping to study abroad). One important intervention can be joint research projects. ‘There are several economic history research projects between European universities, like Lund University in Sweden, and my own institution, Stellenbosch University. Lund has not only appointed two former Stellenbosch PhD students, but they have also hired a former Masters graduate as a PhD student. The exchange is in both directions. In 2019, associate professor Erik Green is spending a year on sabbatical at Stellenbosch University.’

It is an exciting time to be an African economic historian. The availability of new data sources, new methods and new audiences provide scholars with the freedom to pursue new research questions and test new hypotheses. But with freedom comes responsibility. As I conclude in the paper: ‘An inclusive African economic history is ultimately a more innovative, more relevant and more equitable economic history.’