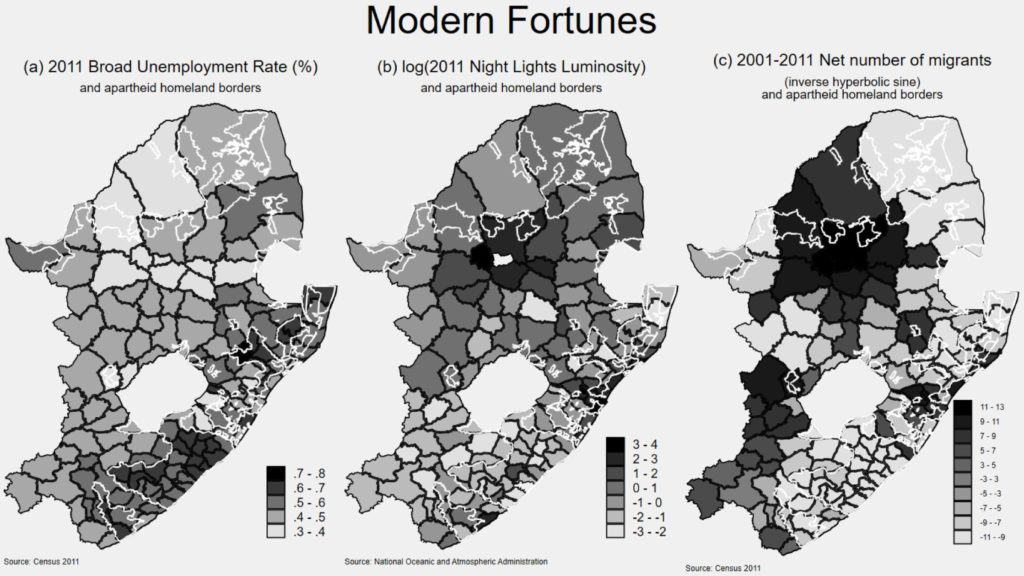 One of the most important contributions of the last two decades to the literature on economic growth is that institutions matter. Social scientists have, of course, posited for a long time that the freedom associated democracy, property rights, rule of law and a free press is critical to the success of a market society, but it was only relatively recently, with the uncovering of new data sources and development of new methods, that these ideas could be empirically tested.

Daron Acemoglu, Simon Johnson and James Robinson in Reversal of Fortune: Geography and Institutions in the making of the Modern World Income Distribution explains that it was the type of institutions established by Europeans when they colonised large parts of the world that explains whether countries today are rich or poor. In places where Europeans could settle – places without malaria, for example – they established inclusive institutions, things like property rights, the franchise and the free market. In places not amenable to European settlement, like most parts of Africa, they set of extractive institutions, rules that benefited only a small elite. Today’s income distribution across the world, they argue, reflects these colonial institutions.

In a new paper published in the Journal of Comparative Economics, Dieter von Fintel and I apply this theory to the eastern half of South Africa over the last two centuries. Our result? Things are far more complicated than the binary world of extractive versus inclusive institutions. When the first Europeans migrated into the interior of South Africa in the nineteenth century, they did not enter territories in a stable Malthusian equilibrium. Disrupted by resource constraints at the beginning of the nineteenth century, perhaps the result of sudden climatic changes due to an Indonesian volcano, the Bantu-speaking groups that inhabited this region had just entered a period of intense warfare, decimating much of the country which made it easier for the Voortrekkers to migrate into. The Mfecane wars locked survivors mostly into the high rainfall, but rugged and inhospitable regions of the country. The areas that the Voortrekkers settled combined with the land these settlers later annexed through various Land Acts became known as ‘white areas’. These areas developed as a result of the ‘inclusive’ institutions that were established there to benefit whites. Natural resources like diamonds and gold helped, as did access to temporary migrant black labour from across southern Africa, but it was ultimately the freedom to vote and own property, the rule of law and a market economy – the exclusive use of the inclusive institutions – that allowed white South Africans to prosper.

Black South Africans were not allowed to live in these ‘white regions’. Instead, the rugged regions they first inhabited or were pushed into were designated black homelands (apart from Basutoland and Swaziland, which became independent countries). These regions were not only too small to accommodate the massive forced relocation that occurred through much of the twentieth century, but the homelands also suffered internally from poor, extractive institutions: economic and political rights that favoured the chiefs or headmen. Black South Africans were thus exposed to extractive institutions in both ‘white regions’ and the homelands.

That changed in 1994 when democracy expanded the ‘inclusive’ institutions of the ‘white regions’ to include black South Africans. Now anyone in the country could own land, vote, and be treated equally by the law, with one exception: those living in the former homelands. Here the former exclusive institutions favouring the chiefs prevailed and, in some cases, actually worsened. In his new book, Professor of Economics at the University of the Free State, Phillipe Burger, argues that in many cases, these institutions became even more extractive: ‘legislation passed by the ANC-government [has] strengthened the powers of traditional chiefs and continue to undermine the tenure rights of the population’.

The one difference between AJR’s study and ours is that South Africa has one mitigating factor that have reduced this divergence: open borders. South Africans can now choose where they want to live, whether it is in the extractive institutions of the former homelands or in the inclusive institutions of the rest of the country. And many have voted with their feet: migration to the cities is now the best way to escape poverty in South Africa.

But migration can only do so much. If we are serious about addressing poverty, then the extractive institutions of the former homelands should be priority number one. This is recognised by the recent Report on Presidential Advisory Panel on Land Reform and Agriculture. They spell out, for example, concerns about the Ingonyama Trust Act of 1994, which vest ownership of 2.8 million hectares of KwaZulu-Natal in the hands of a sole trustee, the Zulu king: ‘Apart from the structural deficiency inherent in the current structure [of the Trust], which does not allow for democratic expression o the will of the people living on Trust land, there are many instances of the lack of public accountability by the Ingonyama Trust Board regarding its finances, the top-down imposition of lease system on land that people already own’. In other words: extractive institutions.

The Report recommends that the Ingonyama Trust Act be repealed: ‘This Act has perpetuated the existence of KwaZulu-Natal as a homeland within a unitary state 25 years into a new democratic order.’ Yes, it has. The key, though, is to replace these extractive institutions with inclusive ones. This seems to not be the plan, unfortunately: ‘Government should immediately assume responsibility and custodianship of the Trust land and administer it on behalf of its citizens.’ Although the idea is to grant secure tenure rights, tenure is not the same as ownership.

The lesson from history is that people with access to inclusive institutions – property rights, the rule of law, democracy, free participation in a market economy – are the ones most likely to prosper. It is time to give those rights to more than a third of South Africans 25 years after the rest of us have been able to benefit from a South Africa with inclusive institutions for all.