How to punish high school students 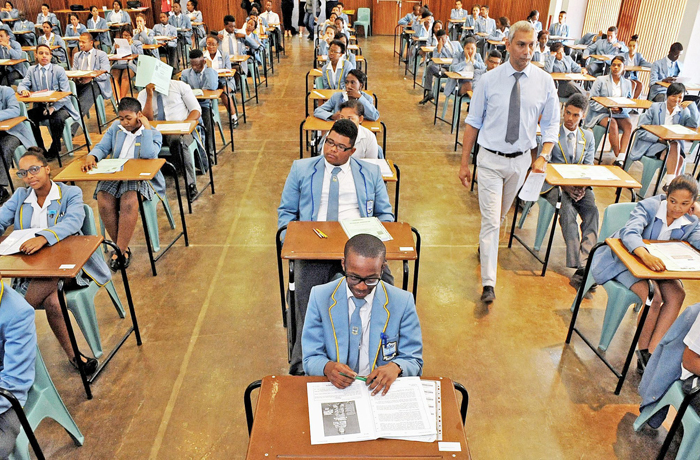 High school teachers have tough jobs. They have to maintain control in a class of several dozen excitable, attention-distracted adolescents, whilst also trying to convey calculus, or Eukaryotic cell structures, or the reasons for the Second World War. It is no wonder that sometimes things get out of hand.

Enter the troublemakers. In every class, it seems, there are those students who push the disciplinary boundaries. For their classmates, they are often a source of entertainment. But for the teachers, they are mostly sources of frustration and, at worst, anger. I vividly remember one incident in high school when a few of us had pushed the teacher to the extremes. He put down his chalk, turned slowly around and in a cold, rasping voice said: ‘I only have two words for you. Be quiet, now!’ From the back of the classroom, breaking the silence, came the muzzled response from the class’s chief troublemaker: ‘Those are three words, sir.’ We were all summarily marched off to the principal’s office.

Most disruptions don’t end with a nice story to tell, though. If it happens repeatedly, it can turn the class environment into a toxic mix of poor attention, low motivation and weak effort. This is the death of learning – both for the troublemakers themselves or for any of the other students. It is sadly the case in many of South Africa’s classrooms currently.

Frequent troublemakers inevitably leave teachers with a tough decision: cajoling them with considerable effort into better behaviour or expelling them from class. It’s never an easy choice. One argument is that punishment should be severe enough to discourage bad behaviour. Of course, we mirror these arguments in other parts of society too: Want to discourage speeding motorists? We should increase fines! Want to prevent obesity? Increase sugar taxes! Want to reduce crime? The death penalty! Disciplining bad behaving students, through detention, suspension and expulsion, the argument goes, would be a lesson to all the others – and will ensure a classroom conducive to learning.

Not so fast, says a new NBER Working Paper by three education economists. The authors use detailed student data of US schools to show that schools with heavier punishments – like higher suspension rates – are also schools where students are more likely to perform poorly, more likely to drop out of school and less likely to attend college. To account for the fact that schools might impose heavier punishments because they have more troublemakers (troublemakers who would inevitably have performed worse than the rest), they use a variety of natural experiments: things that exogenously changed the school punishment system without changing the composition of students. One of these is a school boundary change.

But do suspensions actually matter? Turns out it does. Those suspensions, the authors show, have negative impacts on student outcomes. Students in those schools that are one standard deviation stricter are 15 percent more likely to drop out and 11 percent less likely to attend college.

School suspensions seem to have a direct, causal effect on crime. The effect, the authors show, is largest for males and minority students, which means that it exacerbates pre-existing gaps in educational attainment.

It should not be necessary to emphasise how important this link between schooling and crime is in the South African context. We suffer from some of the worst education outcomes and highest crime rates globally. Much of the focus in the education is on improving lesson plans, training teachers and providing access to teaching materials. A new book on South Africa’s education system – with Nic Spaull and Jonathan Jansen as editors – provide more detail on attempts by government to fix things.

These things are necessary, of course, but there are other things that matter too. The disciplinary systems of schools – especially in schools with unmotivated, uncommitted and poorly equipped teachers – may be one of the major reasons that many students are not prepared for a life of learning but, sadly, for a life of crime instead.