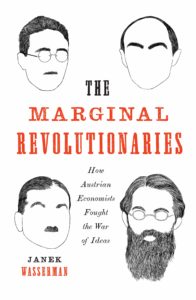 Time for my annual list of books to read for the South African summer holiday. This year, though, I’ll be spending much of it in wintery Europe. I’ve also made the choice easier, choosing my twelve favourite economics titles. I’ve added my favourite Amazon reviewer blurb:

1. The Narrow Corridor: States, Societies, and the Fate of Liberty, by Daron Acemoglu, James Robinson 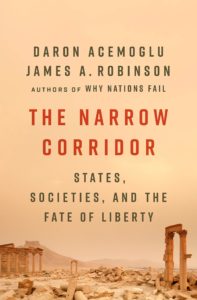 “Crucially and rightly, the book does not see freedom as merely the absence of state oppression . . . This book is more original and exciting than its predecessor. It has gone beyond the focus on institutions to one on how a state really works.” – Martin Wolf, Financial Times

2. The Marginal Revolutionaries – How Austrian Economists Fought the War of Ideas, by Janek Wasserman

3. Extreme Economies: What Life at the World’s Margins Can Teach Us About Our Own Future, by Richard Davies 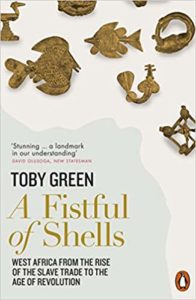 4. Land of Tears: The Exploration and Exploitation of Equatorial Africa, by Robert Harms

“In this unwaveringly detailed account of the colonization of central Africa, Robert Harms draws on four decades of scholarly expertise to write a history at once regional and truly global. A tale of soldiers, slave-traders, captives and kings, of principles betrayed and societies destroyed-for anyone interested in capitalism and empire, this book is as devastating as it is important.” – Maya Jasanoff 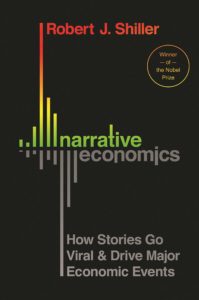 “Ambitious and absorbing, Narrative Economics takes seriously the possibility that stories may have an economic life of their own, spreading through communities like epidemics, and it makes an extremely compelling case that studying such stories is important. The book is also a joy to read―lively, engaging, and accessible.” – Rajiv Sethi

6. A Fistful of Shells – West Africa from the Rise of the Slave Trade to the Age of Revolution, by Toby Green

“Very seldom do I pick up a history book and wish I had written it myself. Toby Green’s Fistful of Shells is one such book. Brilliantly conceptualized, beautifully written, Fistful of Shells breaks with colonially configured regional boundaries—which work to re-create unintended silos of knowledge—to imagine a West and West Central African Atlantic era history of money, power, religion, and inequality that is as rich as it is sound.” – Nwando Achebe 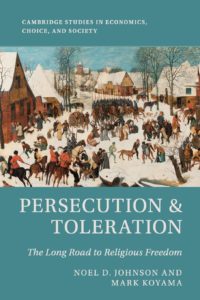 “Lucidly written, incisively argued, this book shows how religious toleration emerged not only from ideas, but also from institutions which motivated people – especially the powerful – to accept and act on those ideas. A brilliant account of early modern Europe’s transition from identity-based privileges to open markets and impartial governance.” – Sheilagh Ogilvie

8. The Wealth of Religions: The Political Economy of Believing and Belonging, by Robert Barro and Rachel McCleary

“How does believing in god or an afterlife affect human behavior and economic growth? And how are religious beliefs shaped by socioeconomic circumstances and government regulations? In this fascinating book, McCleary and Barro convincingly show how economic concepts can be fruitfully applied to improve our understanding of the role of religion in society worldwide.” – Ludger Woessmann

9. Globalists: The End of Empire and the Birth of Neoliberalism, by Quinn Slobodian 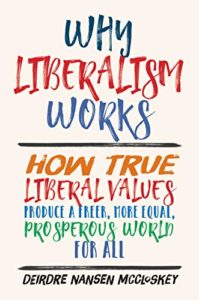 “The world today works in a distinctive and relatively new way, and those workings need a name. Its critics are right that neoliberalism has multiple meanings and can be used in a way that is more pejorative than precise. But it also has an intellectual genealogy with real bearing on our time, making a careful reconstruction of its history essential to understanding our global economy. Quinn Slobodian provides exactly that in Globalists, showing how neoliberal ideas grew from particular historical circumstances to global influence, while also correcting certain misconceptions about neoliberalism’s meaning and goals.” – Patrick Iber

10. Why Liberalism Works: How True Liberal Values Produce a Freer, More Equal, Prosperous World for All, by Deirdre McCloskey

“Tragically, many of the topics and ideas covered here are ignored by most economists. Happily, Deirdre McCloskey writes about them with great insight, style, and clarity.” – Russ Roberts 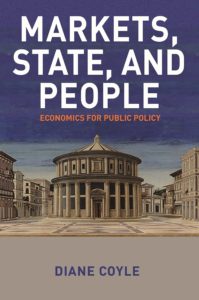 11. Capitalism, Alone: The Future of the System That Rules the World, by Branko Milanovich

“Branko Milanovic, a master economic statistician, here divides modern capitalism broadly into two versions: the ‘liberal’ one found in the West, and the ‘political’ one that has emerged in China. In this searching and richly argued work he weighs the choices we face and discusses whether the future may lie with one version, alone.” – James K. Galbraith

“This masterful book is exemplary in its resistance to sweeping panaceas promoted by socialists, free-market worshippers, and fomenters of academic paranoia about established institutions. Our students and the public need sensible writing about policy choices and governance. This book is devotedly and insistently sensible.” – Don Ross