Where are the US-trained African economists? 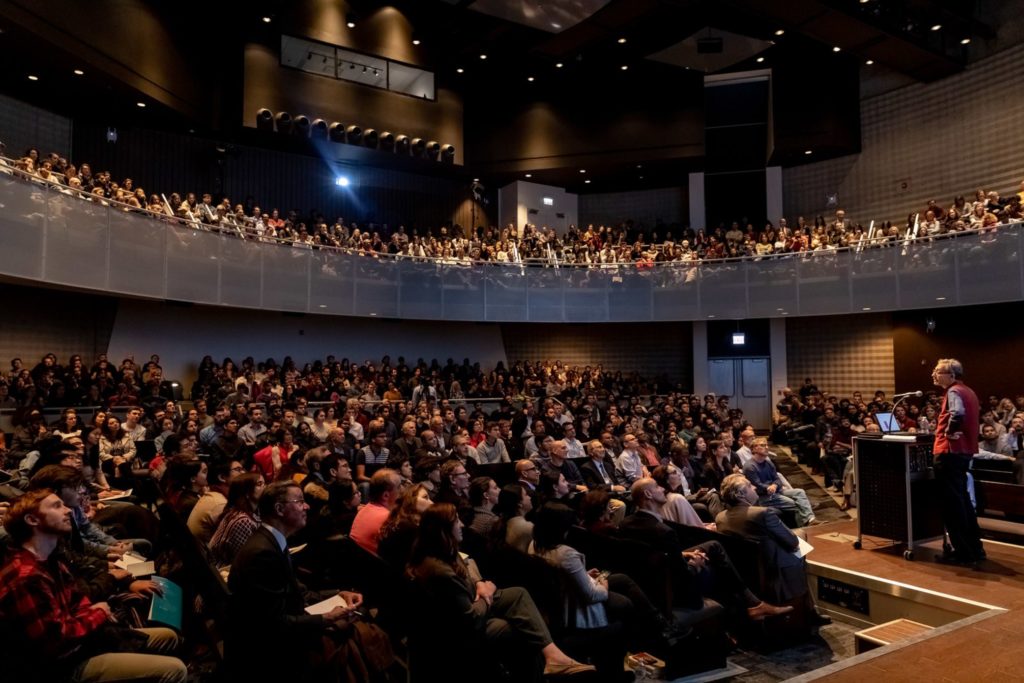 Every time I visit a US university, I am struck by one undeniable truth: that there are almost no African students studying at the world’s leading Economics departments.

In November, I was a visiting scholar at the Becker Friedman Institute, a wonderfully generous offer to interact with some of the leading thinkers of our time. I sat in workshops (their term for seminars), had numerous meetings with scholars across a range of different fields and could even fit in a visit to neighbouring Northwestern University and their Kellog Business School. One of the most memorable events was to listen to recent Nobel-laureate Abhijit Banerjee discuss his latest book, Good Economics for Hard Times (pictured).

Yet something was amiss. There were almost no other African scholars – at least not in the Economics departments or those institutions associated with economics. You would find several faculty and students from other developing countries: India and China, of course, but also Colombia, Taiwan, Iran and Turkey, but not a single scholar from the African continent. Perhaps this is just a Chicago problem, you might think, but you would be wrong. I quickly browsed through the job market candidates (the final-year PhD students) at the top five Economics departments, and of those that reveal their nationality, not one is from Africa. This is also not a new phenomenon. In countless conversations I’ve had with Economics professors over the years, very few of them could recall ever supervising an African student. Those that did, could count the number of students on one hand, the exceptions proving the rule.

Why does this matter? The world’s best economists are based in the United States. Of the most recent 40 Nobel laureates, only 3 were based outside the US. Lists of top Economics departments confirm this: one shows that of the top 20 Eco’s departments, 14 are in the US; another list counts 17 of the top 20. Note that the people who work at these departments are not all Americans, but they teach and do research in America; Banerjee was born in India and his Nobel co-recipient, and wife, Esther Duflo, in France. The point is: if you want to be exposed to the frontiers of the field, you have to study in the US.

The implication is that future African economists are not exposed to the best and brightest minds. This has at least three consequences. First, many of the students that graduate from these top departments remain in research departments in the US, shaping the type of research questions being asked. One of the talks I listened to in Chicago was by Maisy Wong, a former PhD student in Economics at MIT and now professor at the Wharton Real Estate department. Maisy’s mother grew up in a slum in Indonesia, which is why her research programme is aimed at understanding the consequences of slum upgrade initiatives in Jakarta in the 1970s and 1980s. (The take-away: slum upgrades then reduce property values today.) The techniques, resources and networks Maisy required to undertake this study (paying two research assistants to walk around Jakarta for two years and document the heights of buildings, for example), would not have been possible had she studied outside the US. Combining the two fields of urban economics and development economics, Maisy helps to set the global research agenda that the next generation of bright economists will tackle.

Given her expertise, Maisy now also consults on city urban development projects across the globe. Do you know which continent needs a lot more experts with Maisy’s skills? Africa. Over the next few decades, African cities will grow exponentially both because of urbanisation and high fertility rates, creating massive urban slums. Choosing which public goods to provide, where and how will be some of the biggest challenges facing local governments across the continent: African economists at leading institutions will both guide the research agenda of the future and also merge expertise with experiential knowledge to guide policymakers.

A third consequence is that the next generation of African scholars will also remain on the periphery of the field. PhD positions at the top schools are incredibly competitive. Not only must you score within the top 1% in math tests, but it helps to have someone with a credible reputation that can vouch for your quality. In short, networks matter. With almost no African scholars currently at these top schools, there are few networks that can help get talented young scholars into these programmes. One exception is Leonard Wantchekon, a professor of Politics and Economics at Princeton. He realised the gap between Africa and the US, and the need to get African students into US programmes. What did he do? He built a new university in his home-country of Benin – the African School for Economics – with the explicit aim of equipping students with the skills to get into US programmes. So far, it has been a great success – several of his former West African students now study in the United States.

Not everyone can build their own university, though. But there are other options. In South Africa we have several good Economics departments. The top Masters students (perhaps with additional math courses), should be able to get into a US programmes. But more should be done. There is ample scope for a Winter School, where visiting scholars train prospective PhD students while also establishing stronger networks. Students should consider doing a pre-doc in the US, where they spend six months to a year working as a research assistant for a tenured professor. This allows them to add to their skills set and, again, establish stronger networks. But the South African public and private sector should also invest: many students from developing countries that I meet study in the US on a Samsung or Central Bank scholarship. These companies and governments understand the value of long-term investment.

So, if you are an undergraduate student with the ability to both write well and do math – and you are interested in tackling some of Africa’s biggest challenges – then I implore you to consider a graduate degree in Economics. Not only that, if you are close to the top of the class, make it your mission to do a PhD in the United States. The road is long, but the gains (to you and the continent) are bigger than you can ever imagine. (Also: send me a mail.)