What we know and don’t know about economic growth 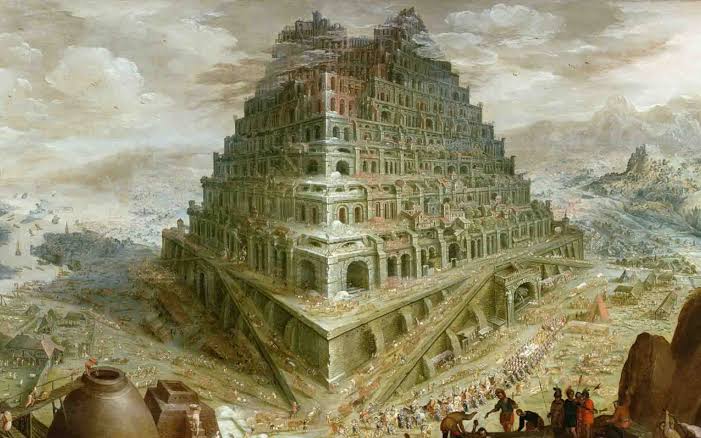 The idea of economic growth is under attack. As the planet heats up, Australia burns and drought in many parts of South Africa continues, many are wondering whether the economic model of the twentieth century is the right one for the twenty-first. Some are suggesting we pivot our expectations to a zero-growth scenario: we stop producing more and more goods and instead focus on living sustainably. Others are even more extreme: they want de-growth, a world where we all become progressively poorer.

Apart from its paternalistic attitude – you should stay poor because the world cannot afford that everyone should be as rich as us – the view that economic growth is the scapegoat rather than the solution is just, well, wrong. Economic growth, measured by the growth of the gross domestic product, calculates what the value of all goods and services is that is produced within the borders of a country within a year. If we produce more than last year, there is economic growth. South Africa, on a per capita basis, has basically produced the same amount of goods and services for the last decade. That cannot be good, right? If we want people to move out of poverty, we must produce more so that incomes can increase and South Africans, especially the poorest, can purchase the things they now lack.

That doesn’t mean that economic growth should be our only priority. In rich countries, the economic growth of the last four decades has been largely benefiting those at the extreme ends of the income distribution, meaning a hollowing-out of the middle-income group. This has raised income inequality which has had political ramifications, as Thomas Piketty explains in his new book, Capitalism and Ideology. (The book is currently only available in French with the English-language translation to appear in March.) 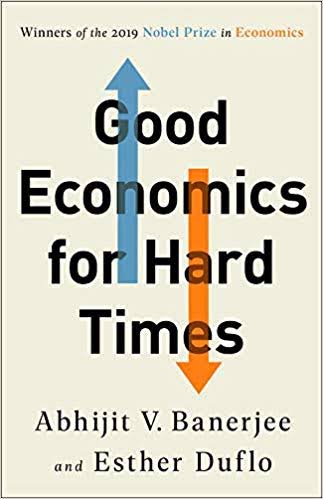 A far more nuanced debate about economic growth is found in the challenging but excellent new book, Good Economics for Hard Times, written by the 2019 Nobel winners Abhijit Banerjee and Esther Duflo. Instead of economists’ unrelenting focus on growth, they propose a focus on wellbeing – measuring whether kids go to school, or how frequently they are hungry, or whether they live fulfilling lives. Apart from the usual concerns with GDP – that it does not include leisure, it measures quality improvements poorly, it says nothing about the distribution of income or environmental impact – Banerjee and Duflo make an additional (and important) point: we actually don’t know what causes economic growth. Why should we target something without a recipe for success, they ask, when we can instead focus on various aspects of wellbeing that development economists have been able to target pretty accurately?

This is true. Economists have not identified the elixir of growth – that one policy, if implemented, that causes economic growth to skyrocket. Instead, theory and evidence point to many things that we like to call ‘necessary but not sufficient’: an openness to trade, protection of property rights, an educated workforce, etc.

But that does not mean that growth theory is meaningless. No, economists have learned a great deal from real-world examples about what we should not do. This is what Banerjee and Duflo fails to mention in their book, probably because they assume most readers know this already. We have learned, for example, that when a country closes its borders to international trade, it stops growing. We have learned that when a government decides to set prices of goods and wages of labour, the market system collapses, and poverty escalates. We have learned that competition amongst firms leads to less rent seeking; oligopolies and monopolies are more likely to lobby government to protect their privileges. We have learned that independent central banks are more likely to stabilise prices and fight inflation. Any time a government has tried to go against these lessons, they have destroyed wealth and exacerbated poverty.

The reasons we don’t know what exactly cause economies to take off is because human societies are incredibly complex things. As behavioural economists show us, humans make rational and irrational decisions all the time, and often don’t take any even if it would be in their interest to do so. Politicians, torn between their own goals of re-election and the public interest, must make sense of this complex web of behaviours and social interactions to design policies that improve wellbeing. Viewed from this perspective, the fact that there is any progress at all is a miracle.

Yet that does not suggest that economists have learned nothing about how to design policies that work within this complexity. While we do not yet have all the answers, we keep learning by testing new theories against historical and experimental evidence. As Banerjee and Duflo summarises: ‘The only recourse we have against bad ideas is to be vigilant, resist the seduction of the ‘obvious’, be sceptical of promised miracles, question the evidence, be patient with complexity and honest about what we know and what we can know. Without that vigilance, conversations about multifaceted problems turn into slogans and caricatures and policy analysis gets replaced by quack remedies.’

What economists have learned is that there are things we unequivocally should not do. It is a bad idea to close our borders to international trade, or remove property rights, or give too much power to monopolists and oligopolists. What we should do instead, both to raise growth and improve wellbeing, is less clear. This is where we should follow the advice of Banerjee and Duflo, and through context-specific, evidence-based analysis implement policies that build a more prosperous society.