On the shoulders of giants is how we win the war 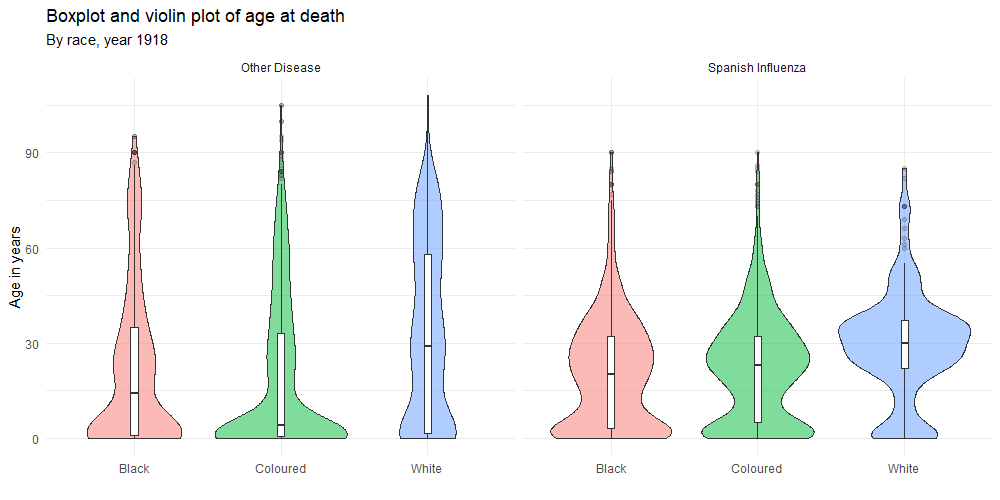 In 1918, SA Test cricketer Jacobus Petrus (JP) Duminy was a 21-year old student in mathematics at the newly inaugurated University of Cape Town when disaster struck.

In an interview with Howard Philips in 1978, he recalled: “My father was a veldkornet, an officer appointed by the government to do registrations of birth and deaths,  among other things. And I could see people coming in, I could see through my window, coming in one after one, sometimes in klompies [clusters], groups of three, four, five, to come and register deaths. At one time there must have been a queue of 16, 17, 18 people outside his little office for the district [of] Tygerberg.

“And he told me: I did not see them actually dying while standing in the queue, but he told me that two, I can remember, who had dropped down and he brought them into his office and there they died. How they managed to move I don’t know because you feel — well, I felt — as weak as a kitten. Anyway, there they were. And it was day after day, day after day, just registering deaths.”

Just as Covid-19 will leave an indelible imprint on this generation’s collective memory, so too did the “Black October” of 1918, six weeks in which about 6% (300,000 to 350,000) of SA’s population died. Duminy’s harrowing account of the time echoes similar experiences today, first in China and then Italy and Spain and even the wealthiest country on earth, the US.

It is difficult not to lose perspective when our world is turned upside down. What seemed absurd yesterday has become the new normal. Vladimir Lenin summarised it best: “There are decades where nothing happens; and there are weeks where decades happen.”

But perspective is often the best antidote to a crisis. It was the historian William McNeill, in his famous 1976 book Plagues and Peoples, who first suggested that human history can be described as an everlasting struggle between people and microbes. He argued, for example, that the fall of the Roman empire could be attributed to the Plague of Cyprian in 251AD, a plague in which about half the population died. Pandemics like these, McNeill argues, left the empire with a population too small to support its large military and state bureaucracy.

Indeed, disease has shaped the course of human history, now and in the past. The good news is that we are getting better — much better — at dealing with it. Here is a slightly paraphrased version of economic historian Joel Mokyr’s message to his students last week:

Never forget that the basis of our prosperity is technology and the science on which it is based. And our knowledge base today is vastly more resilient than before. Not only will this knowledge base not disappear after the current crisis, but it will actually provide some insurance against the next epidemic. Research will be refocused on molecular virology, computational genomics … so that the next microbe to try something as this will be zapped even faster. We have been winning the war against microbes, but we are dealing with a stubborn and protean enemy.

“To put things in perspective, the identification of the influenza virus as the cause of the great epidemic of 1918 did not occur till 1933. Now we had the gene sequenced within weeks. The way it works is that we throw things at them that work for a while, then we need to recalibrate. But my point is: we are getting better and better at this recalibration.

This is not the first time humans have battled microbes, and it won’t be the last. SA scientists, too, have a valuable contribution to make. Many are tackling the crisis in their laboratories and in hospital. Others, such as my team and I, turn to history. For the last three years, as part of the Biography of an Uncharted People project at Stellenbosch University, I have co-ordinated a team of researchers who have carefully transcribed the death notices of those who died between 1915 and 1920 in five, representative Cape Province towns. These are the records Jacobus Duminy’s father was compiling as veldkornet in Bellville.

Though the research is still continuing, Master’s student Jonathan Jayes and I compared the deaths by age and race group for Spanish flu deaths vs all other deaths in 1918. The violin plots show at what age most people died and what is striking is the number of young children and, notably, working-age adults. Even from just these basic descriptive results, we can already see that the Spanish flu is vastly different from Covid-19, which tends to target older people.

There were also large differences by race group: while most coloured and black deaths were under the age of 30, most white deaths were above the age of 30. Income levels, population density and other factors contribute to explaining these differences. Analysing these records further could provide fascinating insights into how disease spreads within a network and how current government policy could best contain such a spread.

Almost exactly a century after the Spanish flu swept through SA, Covid-19 has us in lockdown. The good news is that our knowledge, which has expanded remarkably over the last century, makes us better prepared this time. As Joel Mokyr would say: “The war between humans and microbes is never-ending; we have knowledge, they have evolution.” As long as we keep investing in science, strengthening our knowledge base, we will triumph.

*This article first appeared on Business Day Live, 30 March 2020, as ‘The war on microbes – we are getting better at it’.