The paradoxes of pandemics 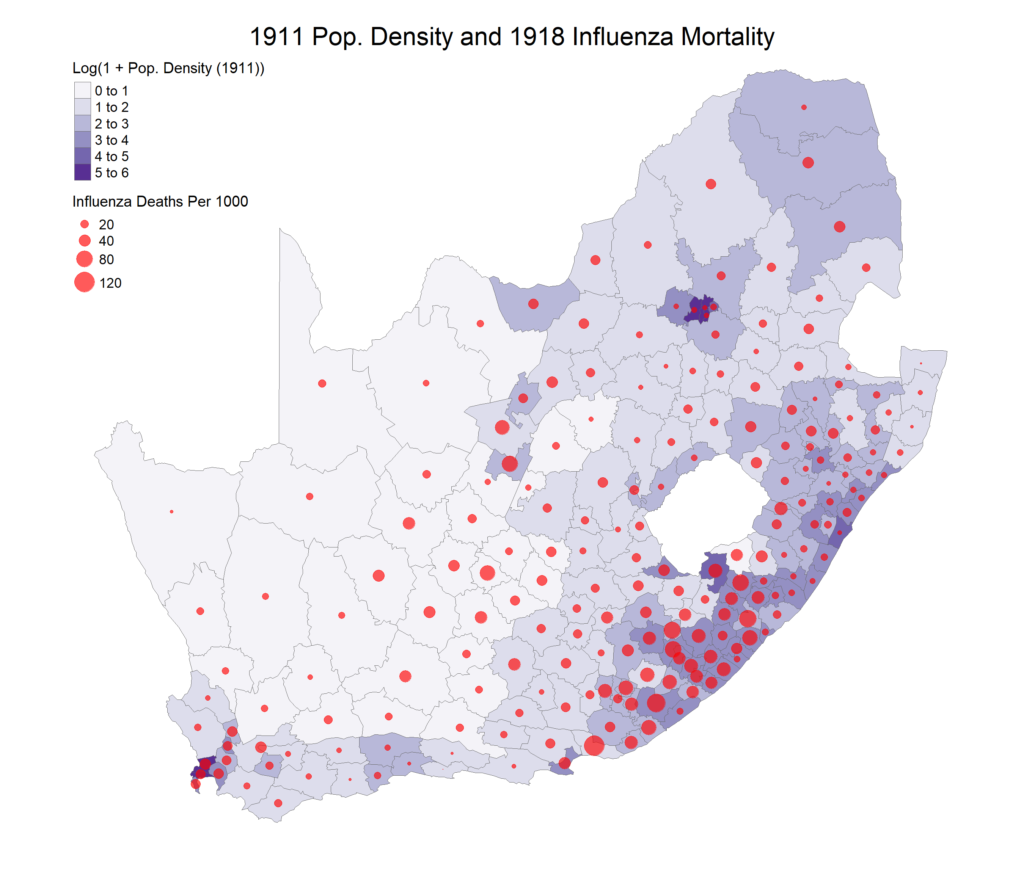 When a crisis hits, economic historians are in demand. The 2008 financial crisis made students of the Great Depression popular commentators and policy consultants. The swift and correct reaction by the US Federal Reserve was undeniably aided by the fact that its chair, Ben Bernanke, had written his PhD on the 1930s depression and the weak monetary response that exacerbated the crisis.

The current global pandemic is no different. Now the historical analogy, of course, is the 1918 Spanish flu, an influenza pandemic that killed an estimated 6% of (or 300 000) South Africans and as many as 50m people globally. Although far less studied by economic historians than the Great Depression, Covid-19 and its global impact have ensured that the research gap is closing quickly. Several dozen working papers have appeared since March, investigating the economic, demographic and political consequences of the flu.

What have we learned from this new research? In short: the impact of the flu varied. Just as Covid-19 has had very different effects between and within countries – consider Sweden versus Norway or the Western Cape versus KwaZulu-Natal – so too did the Spanish flu of 1918 have very different outcomes, in the short as well as in the long run.

One issue, of course, is that the Spanish flu was what economists like to call ‘overidentified’. It happened in 1918, the same year as the Great War. A decline in GDP, for example, could easily be ascribed to the effects of war rather than the pandemic. There are innovative methods that economists use to circumvent such issues. One way is to ‘control’ for the effects of war by including the number of war casualties in a statistical regression.

Robert Barro and two co-authors employ this method for a group of 42 countries. They find that both the war and pandemic negatively affected GDP per capita; the Spanish flu was responsible, they find, for an average decline of 6% of GDP per capita. Another way is to look at within-country differences: did districts that suffered greater numbers of pandemic deaths have lower growth rates in the years to follow? Two separate papers show that those US states that had higher mortality rates had higher income and wage growth in the decade to follow, the opposite of what Barro and friends find.

These counterintuitive results are also present when we follow cohorts born during 1918. In a famous study, Douglas Almond shows that Swedish children born immediately after the flu were more likely to suffer chronic diseases in later life. More recent evidence from Brazil shows that children born during the Spanish flu were more literate but less productive (measured in agricultural productivity). In a study covering 117 censuses across 53 countries, the authors find no consistent long-term effects of in utero exposure to the flu on education, employment or disability outcomes. The one lesson, it seems, is that the long-term impact was, at best, context specific.

So what of South Africa? The work of Howard Phillips, emeritus professor of History at the University of Cape Town and the undisputed guru of the Spanish flu in South Africa, is largely silent on the flu’s long-term consequences. He does note that the 1918 influenza exposed the weakness of public healthcare at the time, culminating in the 1919 Public Health Act that would establish a Department of Health for the first time. Social transfers also increased; because the flu attacked mostly young adults (in contrast to Covid-19, which targets the elderly), many young children were orphaned, compelling the government to issue a £3 per month subsidy for all flu orphans.

Phillips also reminds us that insurance companies did not hesitate to exploit the fear that the pandemic (and its possible return) instilled. Here is an advertisement from Old Mutual:
The Aftermath of a Great Scourge.

The anguish and suffering from the toll of lives in Black October (1918) are reflected in the hundreds of widows and orphans left almost helpless in our city.
REASON. Life Assurance neglected – No Endowments fixed for children – In one word, ‘Moneyless’ and stranded. What a scathing indictment!
129 000 lives sacrificed and untold misery to the living for years to come. Can any Husband or Father hesitate to-day?

These are short-run effects, of course. Were there any long-term economic consequences? In a new working paper, I joined up with four colleagues to investigate this question. We correlate the Spanish flu mortality rate by magisterial district in 1918 to unemployment rates in 1936 and find, surprisingly, a negative relationship: higher mortality rates for white men resulted in lower unemployment. Interestingly, there was no relationship between mortality rates and white, female unemployment.

But, again, things are never quite that simple. While we find lower unemployment rates 18 years after the pandemic, we also consistently find, using agricultural censuses of 1922, 1936 and 1948, lower maize yields in those municipalities with higher mortality rates. The long-run economic consequences within South Africa, just like the results for the rest of the world, are inconclusive.

All of this suggests that we need to be skeptical of any attempt to predict the long-run consequences of Covid-19. No outcome is predetermined: much of where we end up depends more on how we respond to the pandemic than its epidemiological properties. We are indeed the masters of our fate.