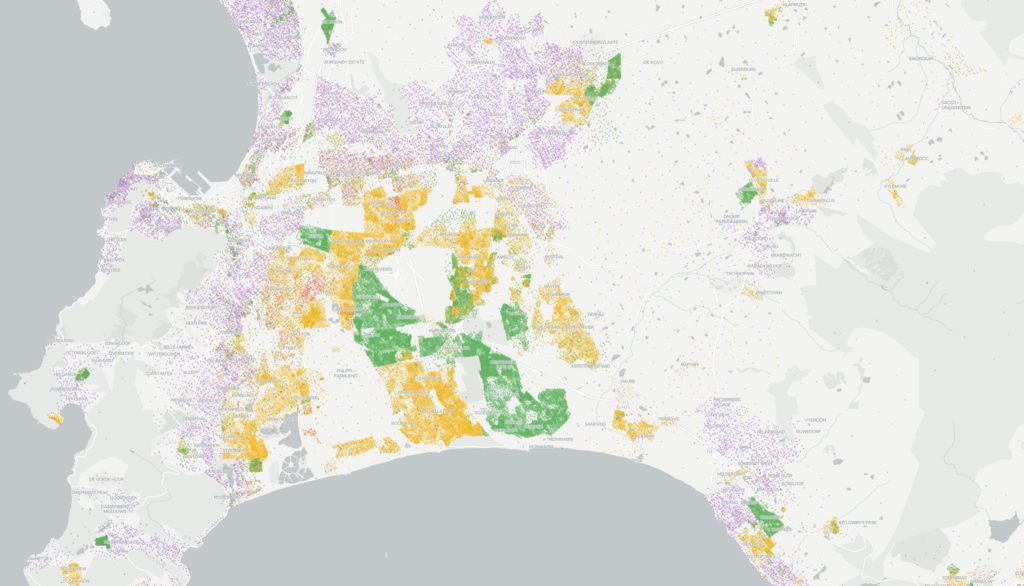 We live in a world where information is available at the click of a button. Only three decades ago, a trip to the local library was the only way to know the population size of Portugal or Papua New Guinea. Acquiring information was expensive.

Much of that has changed in the information era. Google processes about 3.5bn internet searches a day, providing a valuable service, but also generating valuable and timeous information. One new research paper shows how Google searches for the loss of smell in eight countries predicted a rise in Covid-19 deaths. Another one shows that Google searches for unemployment insurance in the US predicted the massive rise in job losses and unemployment claims.

Big Data allows for ‘nowcasting’ – the prediction of present trends, providing up-to-the-moment information that can be used in decision-making. While traditional data collection on gross domestic product, for example, takes at least three months to process, scraping price information, sales figures, electricity usage or light density from satellite imagery in real time can produce a close approximation of what is happening in the real economy. The question is: Do we still need the expensive data collection methods of yesteryear?

The answer is an unequivocal yes. Sure, nowcasting is valuable in many settings – faster and cheaper (and sometimes even more reliable) than earlier methods. But there are questions that nowcasting fails to answer – often to do with sampling and representativity; things at the heart of the scientific method.

Take the recent CRAM survey, run by Stellenbosch University economist Nic Spaull and his team of SA’s leading development economists. This nationally representative panel survey of 7 000 South Africans will run in five waves and attempts to assess the impact of Covid-19 and lockdown. Participants are asked questions about their health and income. Results from the first wave were published on 13 July.

Are there other ways to identify the effects of the pandemic? Sure. Daily, the minister of health reports the number Covid-19 infections and fatalities, providing valuable and timely information about the spread and severity of the disease. But not only do these numbers depend on test strategies and hospital reports of varying quality, they also can’t answer questions that require a representative sample: Do South Africans know the symptoms of Covid-19? Did they change their behaviour? Can they access medication? CRAM tells us that only one in ten South Africans knows that tiredness is a symptom, only a third reported avoiding large groups and only a quarter have access to medication.

And the effects on livelihoods? There are many indications that lockdown has had devastating consequences on the economy, but only a representative survey can tell us just how bad it is and who is most likely affected. CRAM shows employment declined by 18% between February and April, that 1 in 3 income earners didn’t earn an income in April and that job losses – an estimated 3m in total – were concentrated among the already disadvantaged.

The point is that representative surveys like CRAM allow us to understand the extent of the crisis, enabling us to design better-targeted interventions. The richer the information, the smarter the decisions.

This makes the news that Stats SA, the government’s official data collection agency, will scrap the income and expenditure survey this year all the more upsetting. It has been key to understanding the extent of poverty and inequality, and would have provided deeper insights into the devastating effects of Covid-19. But repeated budget cuts have now undermined Stats SA’s ability to do its job.

Amid the escalation of Covid-19 cases, the Stats SA news caused little uproar. That was a mistake. Shelving surveys is equivalent to burning books. It unjustly amplifies one voice over another. It promotes the opinions of the privileged – the powerful, or favoured, or popular – over those of the poor. And it reduces the scientific process to a shouting match.

In The Sum of the People, Andrew Whitby explains that surveys or censuses are often considered an instrument of power. And indeed, in the chapter “Paper people”, he describes the tragic abuses of census records in Nazi Germany, to give one example. But surveys and censuses, as he notes, can be a tool of the powerless too. In fact, in a world of information overload, the opinions of those with access to power and privilege – the urbanites, the upper classes, the intellectuals, the Twitterati – are preferred above the needs of the uncharted, and often sway public policy to the detriment of society at large.

Consider the case of SA’s schools: for months, ‘public’ opinion has suggested that schools should remain closed, to protect kids and teachers. But CRAM results indicate that 20% of South Africans went hungry in April. Many of those were children. Yet schools provide essential meals to hungry children. If schools stay closed, child hunger will increase rapidly, with devastating long-term consequences for an entire generation. Many are willing to pay these tragic costs, despite there being no evidence that schools lead to above-average Covid-19 infections among teachers or pupils.

Whereas the privileged can voice their opinions in court filings, newspaper columns and on social media – in fact, that affluent South Africans have exaggerated infection risk perceptions is another CRAM finding – a voiceless generation of hungry South African kids can only speak through numbers.

That is why representative surveys and censuses, over and above attempts at nowcasting, are so important. Quantitative social science, with its tools of causal inference, is necessary to test the efficacy of government policies and prescribe more appropriate ones. Treasury’s decision to shrink Stats SA’s budget – a meager sum compared to what it will dole out to save SAA – is probably the most fatal blow against poverty alleviation and economic development this country has seen in recent history.

Information is power; to be counted is to count.