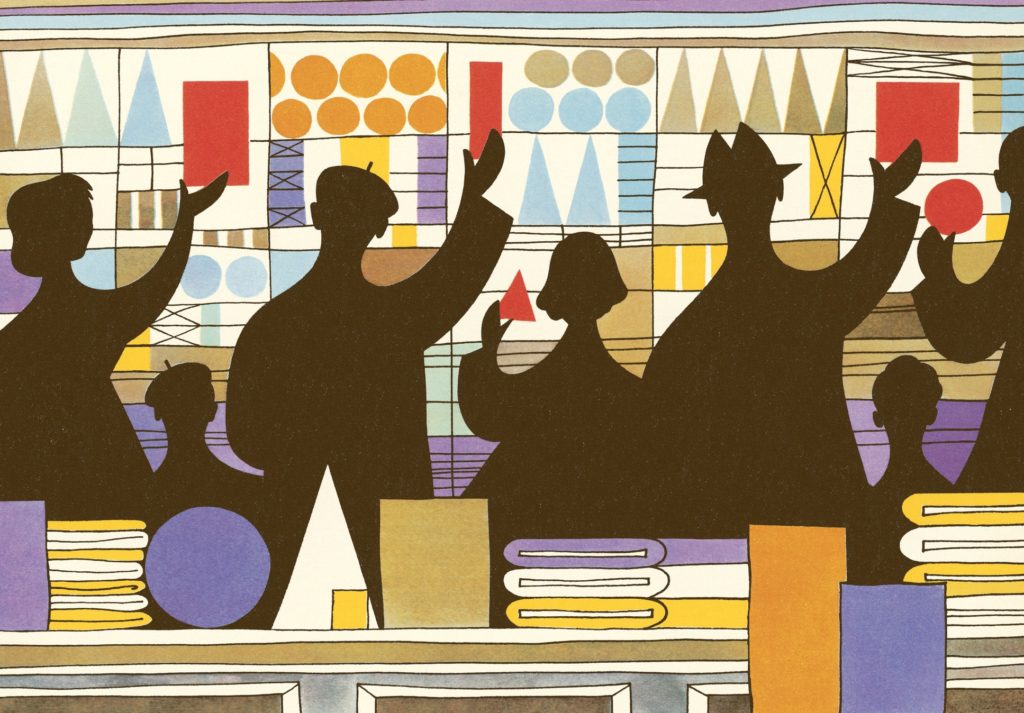 By the end of October, South Africa’s Covid-19 case fatality rate – the number of confirmed deaths divided by the number of confirmed cases – was 2.7%. This rate, of course, masks large differences by age. Globally, the case fatality rate of those younger than 10 is 0%; for those above 80 it is above 10%. Put differently, compared to someone in their twenties, babies are 9 times less likely to die; a 75-84 year old is, however, compared to someone in their twenties, 8 times more likely to end up in hospital and 220 times more likely to die.

These large differences in mortality risk allow economists to investigate a question that is central to the study of economics: to what extent does risk affect our behaviour? The homo economicus of first-year textbooks, in which consumers rationally maximise utility, has over the last three decades come under attack (and often ridicule) for the naïve way of it interprets human behaviour. Behavioural economists have pointed to the many biases and prejudices that afflict humans, questioning our ability to behave in a way that accords with our rational self-interest.

Making such rational decisions is especially difficult in low probability settings, like natural disasters or terrorism. But given that rare events are by construction, well, rare, how do we study their effect on consumer behaviour systematically?

A team of five economists have found a way to do so with Covid-19. They argue that although Covid-19 is a rare event for everyone, it affects some more than others. Because of the large variation in the widely-publicised mortality risks, if we were indeed rational utility maximising agents, we should expect older individuals to behave very differently than younger individuals. This should be especially true during the peak of infection – compared, for example, to just before the pandemic.

How would we measure this behaviour? One pretty universal human behaviour, and one that is easily quantifiable, is shopping. And this is exactly the type of information the five economists, in a new NBER working paper, use. They follow more than 400 000 individuals between January 2018 and May 2020 in Portugal. These individuals make more than 97 million purchases in the period. Their dataset include information on each individual’s age, income bracket, gender, education level and occupation. With this, they study how younger and older individuals changed the level and composition of their consumption expenditures in response to changes over time in the risk of infection. They even compare the expenditure behaviour of people with and without comorbidities.

The first obvious point is that people might want to reduce their consumption for two reasons. First, they lost their job or fear that they might lose their job. Second, they want to reduce the risk of infections. To avoid the first reason, the economists focus exclusively on public servants’ consumption behaviour, whose income (in Portugal as in South Africa) was unaffected by the crisis.

They find five main results. First, older consumers reduce their spending by more than younger consumers in a way that mirrors the age dependency in Covid-19 case fatality rates. Second, this additional spending reduction is much larger for high-contact goods than for low-contact goods. Third, the spending reduction is more pronounced in periods with a high risk of infection. Fourth, that people with higher income, conditional on their age, were more likely to cut their expenditures. And fifth, people with comorbidities cut their expenditure by more than people with no comorbidities. To confirm these results, the economists do a host of different robustness checks. These checks include allowing for age-cohort-specific seasonal effects and income trends, and focusing the analysis on retirees (in contrast to public servants), because retiree incomes are also more likely to have remained stable during the pandemic. The results stay largely the same.

Why did older people cut their expenditure more? Again there are two likely explanations. First, if the containment measures by the Portuguese government affected the consumption of goods predominantly consumed by older people, then that could explain the large age differential. Second, it could be, as the economists hope to show, that older people’s consumption is primarily driven by the risk of infection. How would one differentiate between the two? The economists look at low and high contact goods. An example of the latter would be sports events and restaurant meals. They find that older people were far more likely to cut their expenses on high-contact goods. ‘Consumers in their 70s cut their expenditures by 61.8 and 28.4% on high- and low contact good, respectively. The corresponding cut in expenditures for people younger than 49 is 26.0 and 19.2%, respectively.’

The economists find a creative way to arrive at the evidence on comorbidities. Because they do not have the health history of people in the sample, they have to find an alternative. They use the individual’s health expenditure in 2018 as proxy: those individuals in the top decile of health expenses before the pandemic are classified as having comorbidities. They find that those with comorbidities were more likely to cut their expenditures: for example, in April, at the peak of the infection, people younger than 49 with no comorbidities cut their consumption by 30%. In contrast, people younger than 49 who have comorbidities dropped their consumption expenditures by 37.4%.

Is homo economicus a good approximation of human behaviour? It has become somewhat unfashionable to suggest that it is, but this preliminary evidence from consumption during a global pandemic would suggest that people tend to respond in a way that is commensurate with the risks they face. That should be some comfort to the many economists and business analysts who still rely heavily on the canonical model of risk taking.