The merchants of Venice, artificial intelligence and the future of information 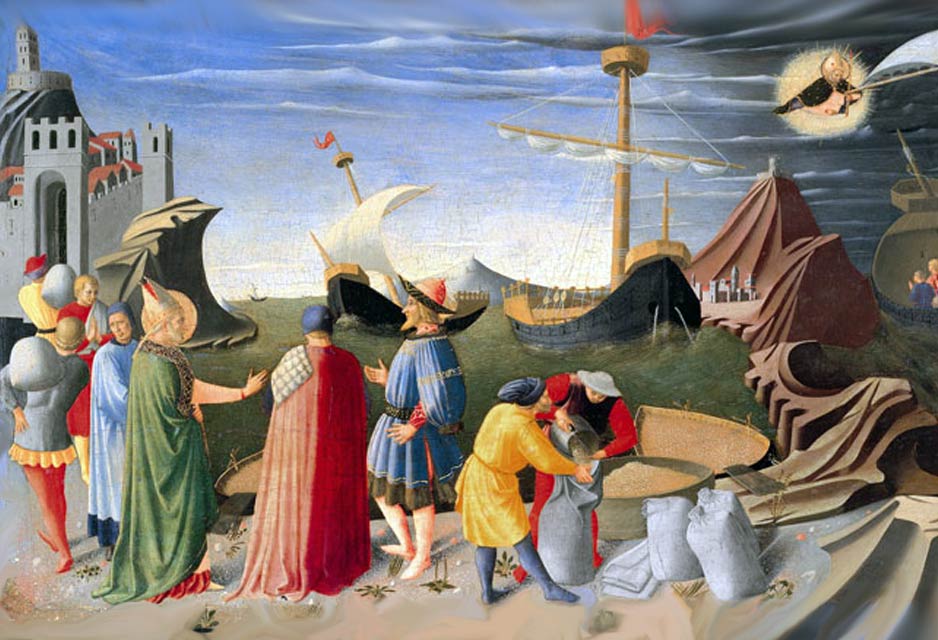 Information is power. In the 1340s, a dozen or so Florentine firms bandied together to start a postal service, called the Scarsella dei Mercanti Fiorentini, the purpose of which was to run regular correspondence between the firms and their agents in Barcelona, Paris, Cologne, and Bruges. It was a simple idea with a powerful effect: it suddenly made communication more reliable, allowing merchants to ascertain prices of goods in distant markets at frequent intervals. With it came other innovations, like invoices, bills of landing and shipping manifests. It is largely these innovations that allowed these Florentine merchants to be much more successful than their competitors. And it was not long before they were copied by others: the Venetians and the Genoese. Almost two centuries later, the Habsburg crown outsourced postal services to the Von Taxis family, establishing the first public communication system in Europe.

This and many other stories are told by Steven Marks in his underrated 2016 book The Information Nexus. It has a simple thesis: information is key to understanding the rise of capitalism over the last few centuries. At its core, merchants exploit information about market opportunities to earn a profit. In the fourteenth century, darker furs became fashionable, which meant that demand shifted from Russian squirrel to black sable. But information, even with the new postal service, travelled slowly: it took about a month and a half for a letter to travel from Naples to London. Those merchants that could react quickest made the biggest profits.

Fast-forward a few centuries, and the challenge for today’s merchants remain the same: how to obtain information about new opportunities before the competition does. Nowadays, though, the problem is slightly different. Speed is not the main constraint; communication is almost instantaneous. The challenge now is abundance: there is simply too much information available. Political, economic, social, technological, environmental updates fill hundreds of news channels. A (quick, free and effortless) Google search reveals that humans produce about 1.145 trillion MB every day. An obvious question, then, is how modern-day merchants manage all this information and identify that which is relevant.

To answer this, I approached South African Barend Lutz, CEO of VoxCroft Analytics, a company that specialises in making sure that the right information gets to the right place at the right time. With offices in the United States and South Africa, VoxCroft uses machine learning algorithms and a team of analysts to identify risks for global clients. I wanted Lutz’s opinion on the main consequences of using artificial intelligence in extracting information.

‘In our field of risk analytics, as in many others, artificial intelligence and machine learning will make the type of information that we see as valuable today seem ordinary and cheap. Think back to how hard it was in the pre-Google days to find a website. That is how it feels currently in an operations room where analyst teams with access to huge amounts of language, political, economic, social, and geographic data track breaking global events. You need these teams because there is too much information out there and the machines are currently too rudimentary to understand the subtleties of complex human events. Hopefully in future artificial general intelligence will be faster, more diligent and way cheaper than these large analyst teams. But the innovation we are focusing on at VoxCroft is built around the idea that artificial intelligence is not 100% there yet. We build tools that augment the human analysts’ capabilities, but at the same time have experts train the machine to take over more and more functions as it learns.’

‘We have found that our government and commercial clients are interested in the same types of information. A governmental agency might be interested in a terrorist attack at a public mall in the same way that a commercial client is – both have employees to look after, facilities to protect and regional economic, social and political stability to consider for decision-making.’

How do you navigate these tricky waters between the individual right to privacy and the commercial benefits of Big Data?

‘We only focus on openly available information and go out of our way to ensure that we adhere not only to laws and regulations about privacy but also to the terms and conditions of the sources. Although there are surely extremely useful insights to be gained from examining closed networks such as personal WhatsApp messages, the extraction of personal data crosses ethical boundaries that we would not cross. You have to constantly adapt to the information environment.’

If information is power, then there is value in misinformation too. How does one navigate between what is real and what is fake?

‘Misinformation or disinformation is something we are always on the lookout for. Some of our clients want to see what ‘fake news’ is being spread about them or topics that they are interested in. Others just want to make sure that when we say something has happened at a specific place and time, that the source is legitimate and trusted. We have explored social network analytic methods to detect bots and fake news, but the best methods I have seen with current level artificial intelligence lies in classification where you use your human experts to train the machine with examples of dis/mis-information and then you let the machine learn from that.’

I take Lutz back to my example of the fourteenth century. Give us a practical example of how VoxCroft ease the lives of today’s merchants.

‘Recently we were in the middle of a trial phase. We were initially tasked to monitor only crime and protest events at a client’s facilities and on the routes that the client’s employees travelled. We decided to rather cast our net wider and then scale down from there. So, in addition to thousands of crime and protest keyword pairs, we also included our terrorism tracker keywords.

This was the right move! The next day there was an early morning explosion at one of their facilities. This was picked up by our tool from multiple sources, with social media accounts sharing detailed pictures of the event, damage to the facility and asking questions about whether this was an accident or a terror event.

It turned out to be an accident, and the client was unaware of the explosion until we sent them the alert. They also found the social media pictures useful as their technical team could use them to assess the damage and start ordering replacement parts immediately.’

Rather than waiting a month and a half for a letter to arrive, relevant and reliable information is now available in an instant. And it won’t be long before artificial intelligence pushes the boundaries of capitalism even further.