The future of the farm 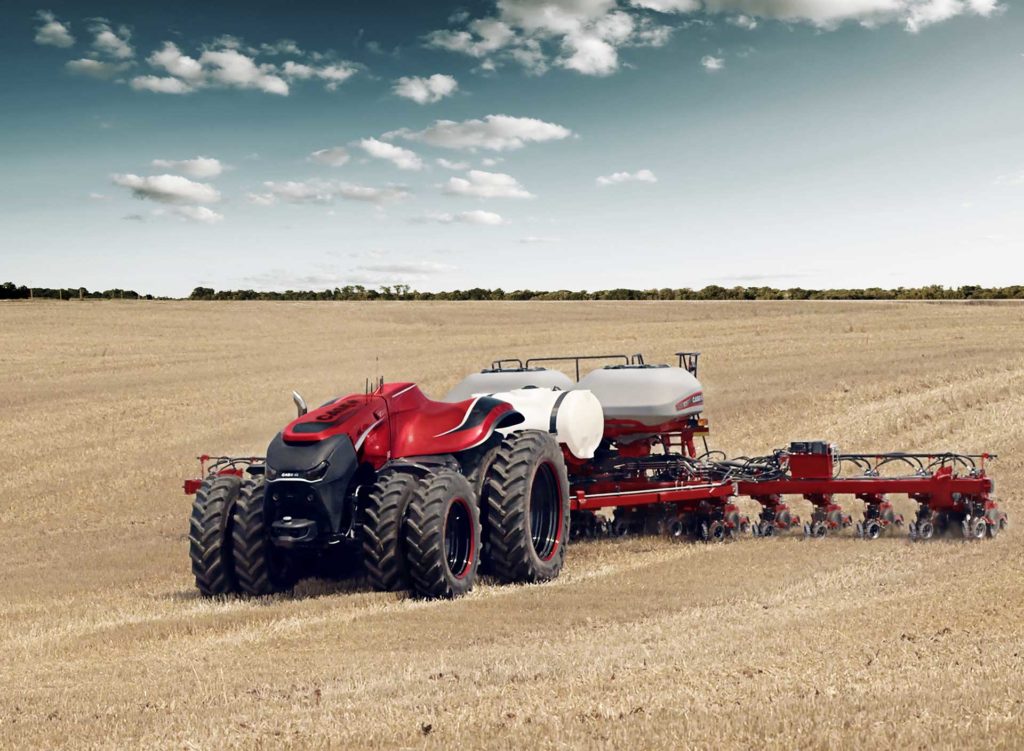 An autonomous tractor by Case IH

Agriculture is not what it used to be. My grandfather was an ostrich farmer in the Klein Karoo, with a small dairy on the side to make ends meet. He raised seven children and supported a handful of farm workers on a small plot of land that was more likely to deliver soil erosion than bumper crops. From what I remember he had a tractor and a combine and a lot of grit. And that is still largely my mental picture of agriculture today: the lonely farmer toiling away on his tractor, praying for rain.

That view, though, is utterly outdated. Agriculture, as Forbes magazine noted in February, is one of the most innovative industries at present. Investment in artificial intelligence (AI) agtech is skyrocketing. PwC predicts that IoT-enabled agriculture (or IoTAg) will be a $4.5 billion industry by 2025. And this is not a rich-country phenomenon only. Thabi Nkosi is managing partner of African Green Alpha, a food and agriculture private equity fund manager. She explains most farming in South Africa has already made the switch. ‘To increase competitiveness, the use of advanced irrigation methods, remote sensing and drone technology is commonplace. I’m excited about technologies focusing on water efficiency and crop protection.’

Louis de Kock, co-founder of Nile, sees this technological adoption speeding up. ‘While farmers are already capturing data through many different devices and using semi-autonomous vehicles to work their fields, the key change in the next few decades will be how these data sources will be integrated, which will enable AI more sophisticated solutions to play an increasingly important role in the managing of farm systems such as irrigation, fertilizer/pesticide application, and harvesting.  Ultimately the impact will extend beyond the farm.  For example, if you are able to estimate your crop yield better through Image Recognition and track the provenance of produce through traceability tech, the same data could be provided live to potential buyers through online platforms such as Nile.ag, who can start to adapt their growing programmes.’

Nile is a start-up agtech firm that provides an online transactions platform to connect fresh produce buyers and sellers that Louis started after a career at Amazon and Jumia. His co-founders, Eugene Rood and Rick Kleinhans, traded successful careers at JP Morgan and Luno to join him.

‘We see a massive opportunity to fundamentally change the way food is traded across Africa; in doing so we hope to make nutritious food more accessible and affordable to people across the continent.  Our view is that rapid urbanization across the continent will result in greater reliance on food systems, as opposed to subsistence economies in rural areas. Tech innovations have already leapfrogged traditional industries in Africa given limited legacy infrastructure.  Well known examples are unbanked consumers adopting mobile-money instead of banks; and shoppers moving from informal retail to e-commerce instead of brick and mortar retail.  In a similar way, we believe food systems will leapfrog traditional market concepts where localized markets function in relative isolation.’

Skudu is another South African online marketplace that allow farmers to buy their inputs and sell their produce. Gerhard Visagie, CEO of Agventures, a food and agritech venture capital firm which recently invested in Skudu, explains: ‘We are very excited about the impact that online marketplaces can have on the agricultural industry in Africa. Through the utilisation of technology, value chains are being reimagined which will ultimately lead to improved efficiencies for farmers and benefit consumers. Developments in various foundational technologies have enabled the rise of online marketplaces. This includes lower software hosting fees due to cloud computing services offered by the likes of AWS, Azure, Google Cloud which transformed customers’ fixed cost into a variable cost – thereby lowering barriers to entry for online marketplaces. Together with advancement of mobile connectivity wifi/4G and adoption of smartphones and other internet connected devices, farmers are able to access online marketplaces and other online technologies more readily.’

Nile and Skudu are two exciting South African agtech start-ups that is disrupting the industry. But where are the others? Says Nkosi: ‘South Africa’s venture capital industry is still in its infancy so access to funding is still a massive challenge for agtech start-ups. The road to commercialisation is often a long one and start-ups often struggle to find funding partners, particularly in the seed stage, that understand this and are willing to take the risk. Another challenge, particularly for on-farm agtech start-ups, is the scale of farming enterprises. Unlike in the US or South America, the vast majority of African farming enterprises lack the scale or financial muscle to adopt technologies like robotics or drones in a meaningful way. This leaves a relatively small market for start-ups focusing on technologies that have been successful in other markets.’

Are there other risks and challenges – and how can technology help to solve them? ‘Climate change presents a big risk for agriculture globally and we’re going to see more frequent occurrences of drought. We need more innovations that help farmers more effectively manage this risk. The farm of 2050 will be more resilient and better able to withstand climatic shocks.’

Water is indeed essential. In the short run, says De Kock, ‘autonomous irrigation systems that leverage data from IoT devices, GIS and weather predictions, has the potential to massively improve yields given that accurate irrigation is a key driver of crop success. In addition, it could reduce over-irrigation, which is important in the South African context where agriculture consumes a substantial share of the country’s scarce water resources’

But in the long run, artificial intelligence and IoT will do things we cannot even imagine. ‘In 2050,’ he posits, ‘an autonomous farm is not inconceivable.’

The next generation might share my mental picture of the lonely tractor toiling the land, with a small difference: there will be no farmer driving it, and no praying for rain.