How do we save the environment? 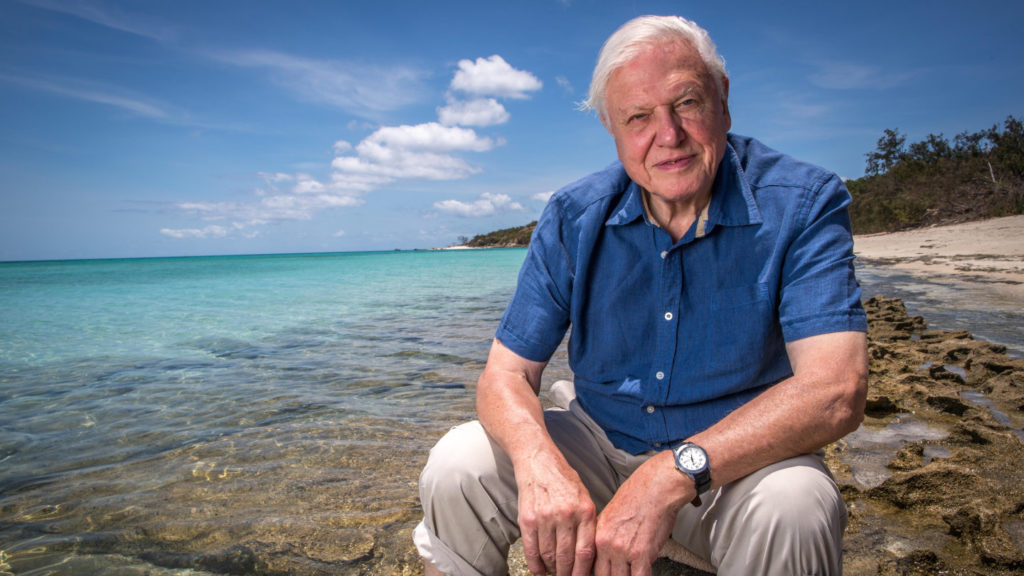 It’s not news that humans are doing immense damage to the environment. Sir David Attenborough, wildlife expert and film maker, has been deeply concerned about the loss of biodiversity for decades. Photos of how the Amazon is being destroyed, or enormous bush fires in Australia, or storms on the east coast of America or South Africa are clearly signs of a change in the climate. Seaspiracy, a new Netflix documentary, tells a grim tale of ocean pollution. The implications of all of this are clear: nature is being trampled.

We just have ourselves to blame. There are eight times more of us now than two centuries ago and we are eighteen times wealthier. This means that we eat more, use more energy and throw more plastic away than ever before. Our insatiable appetite threatens other species’ space to flourish; two big consequences are climate change and a loss of biodiversity.

One solution, and one that is gaining popularity in Europe, is “degrowth”: the belief that negative economic growth is the only way to protect our planet. The plea is that we must generate less energy, produce less and use less. Economic anthropologist Jason Hickel is a proponent of this movement. His book, Less is More: How Degrowth will Save the World, was published by Penguin last year. He writes: ‘Capitalism demands perpetual expansion, which is devastating the living world. There is only one solution that will lead to meaningful and immediate change: DEGROWTH. If we want to have a shot at halting the crisis, we need to restore the balance. We need to change how we see nature and our place in it, shifting from a philosophy of domination and extraction to one that’s rooted in reciprocity and regeneration. We need to evolve beyond the dogmas of capitalism to a new system that is fit for the twenty-first century.’

The most extreme version of this view is the idea that we should all go back to a basic existence, to a romanticised time when we lived closer to nature. But that is plain idiotic: to expect everyone to suddenly become subsistence farmers will lead to great hunger and damage the environment irreparably. Think about it like this: in ancient Rome two farmers were needed to produce enough food for one other family, while in America today, one farmer produces enough to feed 99 families. A return to a basic existence would render this incredible progress useless. Moreover, what the proponents of this view forget is that the past was not as nice as storybooks sometimes want to tell us. The life of the ordinary man on the street (not to mention women) was, as Thomas Hobbes put it, ‘solitary, poor, nasty, brutish, and short’.

Hickel does have a more nuanced version of the degrowth theory – and one that finds wider appeal. His plan is that inhabitants of the richest countries should be convinced to radically decrease their incomes: America’s income, for instance, should be reduced to that of Costa Rica. According to Hickel this will give poor countries the opportunity to grow, and not only eradicate the gap between rich and poor, but also significantly limit pollution and biodiversity loss. Voila, two of the biggest problems of our time – climate change and inequality – solved with one policy!

It’s not that easy. Hickel makes numerous factual errors. Branko Milanovic, an economist that studies global inequality, put it like this on Twitter: ‘It is very difficult to discuss things with Hickel, because one sentence is correct, another is half-right, the third is mostly wrong, and the fourth is fully wrong.’

I wrote before that Hickel raises some legitimate issues re the long-run evolution of poverty. But it is very difficult to discuss things w/ Hickel because one sentence is right, another is half-right, the third is mostly wrong, the fourth is fully wrong.

There are two fundamental problems with these types of ideas. The first is that political reality is not taken into consideration. Yes, technically it is possible for Americans to lower their income to the same levels as Costa Rica, but how on earth will it happen? No one will do it of their own free will, which means that it will have to be a political process. Imagine an American president making this plea their election manifesto. The idea is a nonstarter.

Secondly, and in my opinion the most problematic, is that Hickel knows very little about economic development. To think that poor countries will catch up to rich countries if rich countries grow negatively is, well, absurd. The old saying that ‘when America sneezes, the world catches a cold’ is still true: our growth in the developing world depends on the growth of rich countries. America, Europe and Japan buy our exports; when they buy less because their income drops, our markets shrink, profits and incomes decrease, and poverty and unemployment increase.

If degrowth is not the answer to stopping the destruction of the environment, what is?

Innovation – and specifically, innovation that makes us more productive and less resource intensive. Hear me out. We can produce more in two ways: by using more factors of production (things like ground and labour) or by being more productive – in other words, to produce more with less. An increase in productivity – led by clever innovations – is the key.

An obvious example is energy generation. Today we can generate electricity far more productively with renewable energy than with coal. The current trend shows that there is a lot of potential. Hydrogen and nuclear energy are also promising. If we were to replace all coal power stations with these alternative energy sources we would not only be able to generate more cost-effective power, but also save the environment from the terrible soil and air pollution caused by coal mines and incineration. It’s not about less energy production, but rather smarter production. The same goes for agriculture (we will soon be eating lab-produced patties on our burgers which will be cheaper than the natural equivalent) and transport (diesel to electricity) and manufacturing (3D-printing with renewable materials) and much more. We can become richer and decrease our impact on the environment.

How do we know that this strategy will work? Because it already has. Jan Luiten van Zanden, emeritus professor of economic history at Utrecht, wrote a chapter with the environmental scientist Thomas van Goethem in the newest version of the OECD report called ‘How was life?’. They investigate the relationship between GDP and biodiversity (they look at 58 bird, mammal and fish species) in the Netherlands. When the Netherlands was half as rich as it is now (which was in the 1970s), their biodiversity was at its lowest. But after that the biodiversity began to increase as people became richer. Firstly, it was because better technology was used, which was less damaging to the environment. But it was also because wealthier people pay more taxes, which enabled the government to invest in protecting nature. And especially because wealthier people have the means (and time) to appreciate and care for nature. Think about it: the Kruger National Park is maintained by wealthy domestic visitors and overseas tourists. Without them there would not be a park.

More proof? Max Roser runs the website Our World in Data. One graph on the website depicts the decrease in annual carbon emissions. Europe’s emissions have been decreasing since the 1908s, America since 2000. The huge increase is taking place in developing countries, especially China and other parts of Asia. It’s another dagger in Hickel’s theory: what does it help to limit rich countries when the increase in pollution is coming from poor ones?

How do we make sure that economic growth does indeed come from more productive technology and not just from exploiting raw materials and natural beauty? For a long time, economists only had one answer: carbon tax. And while it makes sense in theory, there is one big problem: politically it is very difficult to implement a carbon tax. This is the age-old free rider problem: those who have to pay do not necessarily see the benefit of it. Because of this, carbon taxes are never ratified.

So, what else? It is actually simple: a good start is to reduce our reliance on state-owned monopolies like Eskom that block innovation. We could go further by encouraging new innovations with government subsidies. Electric cars and trains that run on renewable energy are the future. Vertical farms and laboratories are the future. Compostable plastic is the future. Government subsidies that encourage the invention, commercialisation and use of new technologies (and many others) will ensure that the economic growth of the future will protect and promote Mother Nature and all her biodiversity. Our children might even get to see a rhinoceros in real life. If we were to follow Jason Hickel’s degrowth route, there is no chance that they will have that privilege.

*This piece was first published in Rapport (in Afrikaans). Translated by Amy Rommelspacher.