The future of sport 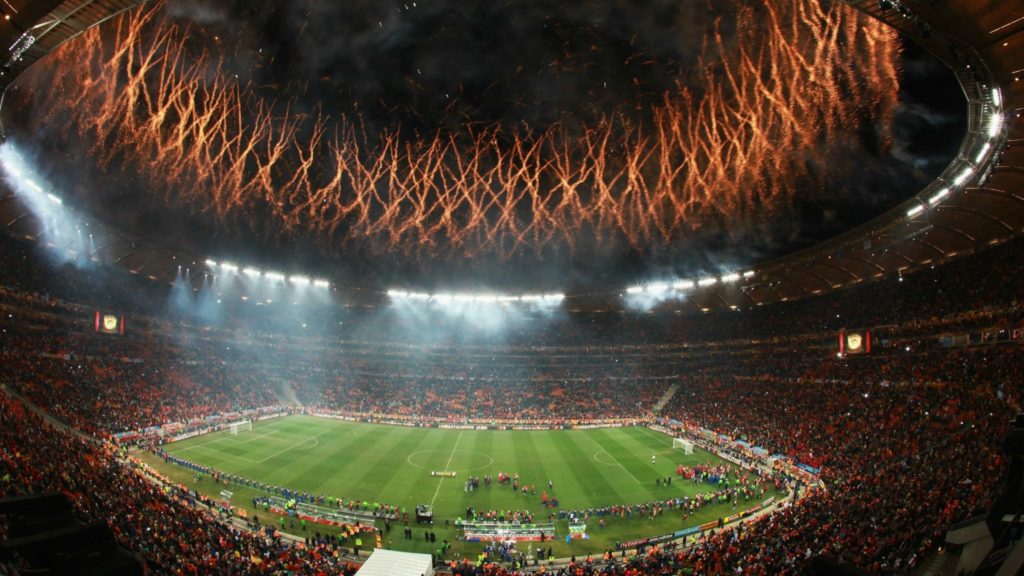 One of my favourite sport memories is watching live FIFA World Cup games in 2010. Nothing could match the exhilaration of game day, the trip to the stadium, the singing of the national anthems, the buzz of the vuvuzelas, the goals, the banter, the cheering. Or could it?

As Covid-19 hit, sport was one of the first industries to shut down. Lockdowns paused tournaments and competitions globally, delayed the Olympics, removed spectators from stadiums when play resumed and subjected players and athletes to rigorous testing and lives in a bio-bubble. To find out just how much this had changed the sports industry, I asked Brendon Fourie, co-founder and CFO of Four Nations Football Consulting, a management consulting firm based in Barcelona dedicated to helping sports clubs and associations navigate the murky waters of sports business.

‘The unsustainable financial models at the majority of football clubs specifically were bound to burst. Total losses for all 20 clubs in the English Premier League was more than £1 billion in 2020 compared to a loss of £442 million in 2019. If this is the state of the financial game at the very top level, where broadcasting revenues make up most of these clubs’ revenues, then one can only imagine how tough 2020 was for sports clubs that rely almost solely on matchday revenue.’

Dr Gustav Venter, head of Stellenbosch University’s Centre for Sport Leadership and co-founder of 12th Man Analytics, a sports data consultancy, agrees with Fourie. ‘The challenge comes with smaller sports entities lower down on the food chain – such as semi-professional competitions for example, where television revenue is non-existent and lockdowns have had longer lasting effects. The overall economic situation of the countries in question also has a significant bearing, where South African sports leagues are faced with far greater challenges in a low economic growth environment – something that was already the case prior to Covid-19, but which has been accelerated by the latter – compared to sports leagues in the United States where the economy is showing rapid signs of recovery.’

As with any major shock, disruption inevitably follows. I ask Fourie about esports and its likely effect on traditional sports. ‘I can’t help thinking about Kodak. Kodak failed to recognise that digital photography was a disruptive technology (that they invented). Traditional sports need to realise that esports is their digital photography and that by embracing this disruptive sport they can grow their own sport. A great example of embracing esports and recognising the importance of the sport is Manchester City, who recently released a kit especially designed for its esports team, which won the ePremier League last month. Traditional sports should be wary of not having a Kodak moment.’

Venter is a scholar of the history of sport in South Africa. What are the lessons we can learn from the past? ‘The success of sports ventures has rarely been down to the exclusive efforts of government officials, but rather due to the actions of passionate individuals that dedicated their time and effort to building out a vision or idea. This has been true across the political spectrum, whether one looks at the arrival of high level Grand Prix racing in South Africa in East London in 1934, the founding of the first professional football league in 1959, the various non-racial sporting leagues and structures which actively positioned themselves in opposition to the government throughout the 1960s to 1980s, as well as the integration of professional football within the black-run National Professional Soccer League (NPSL) from the late 1970s onwards. I would argue that the role of the state – and the Department of Sport and Recreations specifically – is to create an overall environment in which private individuals or enterprises can take the lead (with the assistance of government) in driving sport forward, particularly when one is talking about the professional level. The reality is that professional sport is a highly competitive space that has to be able to adapt to societal changes at large. As such it is my view that private businesses – which are subject to the same pressures on a daily basis – are best suited to advance the business of sport.’

Turning from the past to the future, I ask Venter how technology might disrupt the sports industry. ‘One of the most significant innovations over the past decade has certainly been the increased use of data in decision making within sport – the so-called “Moneyball” revolution in reference to the book by Michael Lewis. We are increasingly able to generate more data by tracking more and more elements within a sporting contest. This can then either be applied by athletes, coaches or support staff in order to improve performance, or the data can be used to improve the fan and/or viewer experiences.

‘We are also currently witnessing the rise of blockchain technology and non-fungible tokens (NFT’s) in the financial technology space, and I believe these will soon begin to have a significant influence on the sports industry. Something like NBA Top Shot – where NBA-sanctioned video clips are accrued and traded as digital collectibles on a blockchain – is one prominent example that has rapidly come to prominence in recent months.’

Fourie emphasises the fan experience: ‘Fans will always want to be as close as possible to their heroes and with technology in 2030 that might not necessarily mean buying a £200 ticket in the front row at the stadium, it might mean buying a virtual ticket to watch the match from Kylian Mbappe’s view. How many times have I heard my father say: ‘I could hit that ball and I’m 60 years old!’? Well, with virtual reality headsets and smart shirt technology, fans will now be able to face a Mitchell Johnson bouncer at 150km/h with a full stadium baying for blood. The fan experience will be at the top of sport production’s agenda for the foreseeable future.’

Given my own FIFA World Cup experience, I am forced to ask both experts a bonus question. Who will win the 2022 World Cup? Fourie says Belgium is his favourite. ‘They came so close in 2018 and with their ‘golden generation’ being at the peak of their powers currently I think 2022 in Qatar might be their year’. Venter disagrees. ‘The easy option would be to go for the talent-rich Belgium or France squads. I will deviate from this – it’s rare that Germany can be regarded as outsiders based on world ranking (currently 12th), so I will go for the famous Gary Lineker quote: “Football is a simple game; 22 men chase a ball for 90 minutes and at the end, the Germans win.”’ Let the games – live or virtual – begin!