Burger King and the price of state intervention 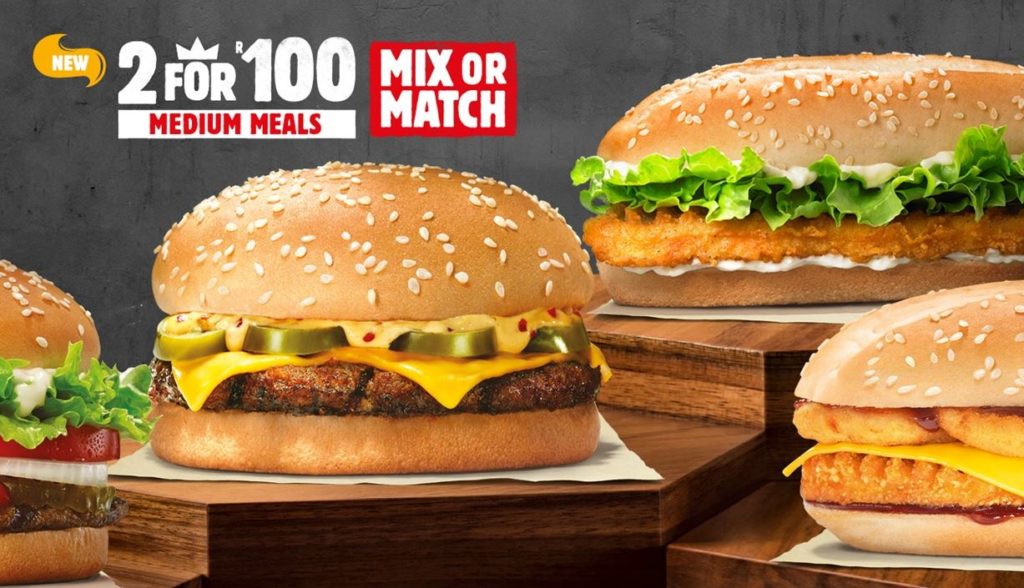 In 2020 Grand Parade Investments announce that they want to sell Burger King in South Africa. The goal is to unlock value for their shareholders and then pursue new opportunities. An investment group, ECB Africa, with experience in the fast food industry, makes an offer: they believe that, with the right plans and management, Burger King can prosper. This won’t be easy, of course: the fast food industry is one of the most competitive in South Africa: KFC, Steers, Debonairs, Wimpy, Nando’s and McDonalds have a combined total of 3140 franchises compared to Burger King’s 90. Grand Parade Investments would have been happy: in these difficult times, they found a buyer.

And then the Competition Commission intervened. This transaction would not be allowed, they decided, and not because it would result in an uncompetitive market; there is no way that Burger King, the Commission correctly concluded, that Burger King with its tiny market share would be able to use their market power to exploit the consumer. Instead, the Commission turned down the transaction based on a Public Interest-argument: that the black shareholders of Grand Parade Investments, who own 68% of all the shares, will now be replaced by a company with zero black shareholders.

This decision exposes what economists have known for a long time: that good intentions do not directly translate to good outcomes. The Public Interest-clause in South Africa’s competition law has expanded in the last decade with the aim to broaden black ownership in the South African economy. This is, naturally, a worthy goal. But what policymakers (and legislators) often forget, is that markets are complex: one intervention often has unintended consequences. The obvious consequence of this decision is that companies with black shareholders will find it increasingly difficult to sell their companies to foreign or white-owned companies. Imagine a black owned tech start-up who wants to cash in by selling to Google or Microsoft. Will the Competition Commission deny these black entrepreneurs from doing so? The much smaller pool of potential buyers means that the price of these black-owned companies will fall. And that is exactly what happened: a day after the Competition Commission announced their decision, the value of Grand Parade Investments fell by 10%. It has still not recovered. Instead of creating wealth, the Public Interest-clause destroyed it.

Another consequence: which foreign or white-owned company would now want to take on black shareholders? Such a step would immediately reduce the company’s valuation because, according to the Public Interest-clause, those shares may not again be sold to foreign or white buyers. A better example of shoot-yourself-in-the-foot legislation would be difficult to find.

It is easy to blame the Commission for this poor decision. But the law is the law. One should be more concerned about the underlying principle that the ideal distribution of wealth can be achieved through legislation; that the state can guide or ‘drive’ economic transformation. This is not a new perspective; in fact, it is really only during the last two centuries that the power of the state has been curtailed to such an extent that ordinary people were allowed to innovate and reap the benefits of that innovation. But despite the wealth that was created as a result of such innovation – to make the average global citizen eighteen times more affluent than their great-great-great parents – and despite the evidence of failed state-owned enterprises in South Africa and elsewhere, there is seemingly an increasing appetite for a return to government’s guiding hand in the economy. One example of this is the Italian economist Mariana Mazzucato. She not only sits on South Africa’s Presidential Economic Advisory committee, but in March also presented a lecture to the country’s top politicians and bureaucrats, including president Ramaphosa. In her book, The Entrepreneurial State, she explains that the state is pivotal in ‘driving’ economic development through innovation, both as regulator and as investor.

Rubbish, says Deirdre McCloskey and Alberto Mingardi in their new book The Myth of the Entrepreneurial State. It was not government that made us rich. On the contrary, politicians, from local to national level, are often impediment to innovation rather than a facilitator of it. The rules and regulations they impose, sometimes with good intentions, typically makes it more difficult for entrepreneurs to test their ideas in the market. Of course there are examples where the state did contribute to innovation, but these examples are selected carefully by the proponents of state intervention. With all the money spent on innovation, surely somewhere they would get it right. Even a broken clock is correct twice a day.

The test is not whether they produced something; the test is whether they produced more than what the unfettered creativity of ordinary people pursuing their own self-interest would have been able to. And, according to McCloskey and Mingardi (p. 134), the answer is an emphatic no: ‘The connection between paying and receiving in ordinary markets is of course tight, whereas the connection between outcomes and the voting or other political expressions of desire is notoriously loose. It’s why people express neurotic disappointment so often with political outcomes, and why it is so dangerous for the health of democracy to offer statist coercions to solve problems that are best left to voluntary agreements.’

Even in some of the best governed countries on earthy, where the smartest fill government positions, the state is hopeless at ‘driving’ innovation. Nobody can predict the future. When entrepreneurs take risks with new ideas and innovations and fail, they carry the costs of failure. When political entrepreneurs take risks and fail, the tax payer (or future tax payer) carries the cost. That is one reason why the state fails more frequently (and more spectacularly) than the private sector.

This is not how the South African government sees it. They are convinced, as many policy documents suggest, that they are responsible for ‘driving’ development. There is, of course, a political context: almost all post-colonial African leaders wanted the state to play a leading role in economic development (and, it must be said, so too did South Africa’s apartheid government). The Malawian economist and development export, Thandika Mkandawire, was a big proponent of these ideas; over the last two decades (until his untimely death in March this year), he was critical of the structural adjustment programmes of the 1980s and 1990s imposed by the Bretton Woods-institutions and their role in reducing state intervention in African economies. New research, by Easterly (2019), Archibong et al (2021), and Grier and Grier (2021), shows that it was exactly these programmes that helped African countries prosper. I write about this in Chapter 32 of Our Long Walk to Economic Freedom.

Does this mean that there is no role for government? Of course not. South Africa is one of the most unequal countries in the world, with devastatingly high unemployment. The fiscal system is (already) an important tool to redistribute incomes from the rich to the poor. This should ideally be done with as little intervention as possible: a basic income grant is one way of avoiding the corrupt rent-seekers. Where state spending is necessary, such as education and health and infrastructure, the private sector can help. But a good start is to avoid the rules and regulations, in the labour and capital markets, that despite their good intentions hamper actual empowerment.

Like the dilemma faced by Grand Parade Investments. It’s time that legislators realise that you cannot have your cake and eat it – start by reading McCloskey and Mingardi’s chapter 21, ‘The Economic Errors of Lawyers’. You cannot create wealth through laws. Those laws, whether they were well intended or not, are likely to have exactly the opposite effect.

This is not what economic empowerment looks like. These laws will not lead to economic freedom. In fact, they remind one of the bureaucratic paternalism of a previous regime that limited black entrepreneurs ability to buy and sell where and to whom they wanted. If the Competition Commission really wants to make a difference, they would do well to instead follow the Burger King slogan: Have It Your Way.

*This piece was first published in Rapport (in Afrikaans).