On tech jobs, robots and the infinite demand for software 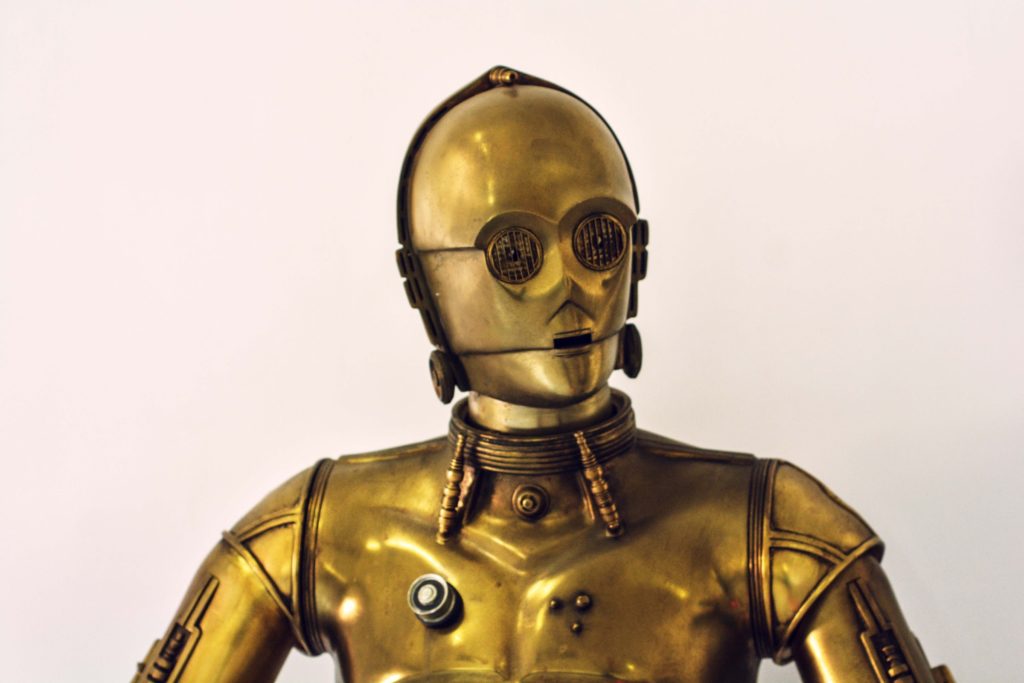 Photo by Lyman Gerona on Unsplash

One of the most existential questions of our time must surely be: Will artificial intelligence (AI) replace me at work? The welcoming news for those who wake up with a cold sweat every morning is that it is not happening (yet). Four of the world’s leading economists, Daron Acemoglu, David Autor, Jonathan Hazell and Pascual Restrepo, recently published an NBER Working Paper that wanted to know whether the robots already taking over.

To answer this, they first show that there has been a rapid increase in job vacancies related to AI between 2010 and 2018. That is, of course, good news for those that can talk to the robots, ie the AI programmers. They then classify the extent to which firms in their sample are ‘AI exposed’. The first interesting result is that these firms are found in all industries, not just firms in what is traditionally considered the tech industry. A second interesting result is that ‘AI exposed’ firms are more likely to reduce vacancies for skills that they have previously advertised while simultaneously posting vacancies requiring skills not previously listed. In other words, AI-exposed firms have reduced their hiring of non-AI positions even as they expand AI hiring. The point is that the tasks that humans have to perform are changing, but there is not yet any detectable change in the aggregate number of jobs or wages. Humans are working with the robots rather than against them.

Is this happening in South Africa too, I wondered. To answer this, I met up with Malan Joubert who co-founded OfferZen, a recruitment platform for tech jobs (that is now also expanding, as Joubert calls it, to ‘middle earth’ – i.e. countries such as the Netherlands that fall roughly on the same time zone). Much like the Luddites of old, I ask Joubert whether there is reason to fear that AI will replace workers?

‘I actually have quite a bit of empathy with the Luddites. I am a big fan on Bruce Springsteen, and particularly like Young’s Town. For the iron workers in Young’s Town, and the 19th century textile workers in England, the economic argument about the ‘Luddite fallacy’ – the idea that innovation would have lasting harmful effects on employment – did not help much. On an individual level the change came too quickly for those workers to adapt.’

‘So on a macro level technological progress is a massive positive, but I do believe there is a social need and responsibility to help people adapt. Teaching software development skills is a massive industry, one that will only get bigger.’

‘As a recent Stripe report noted, access to developers is a bigger threat nowadays to business success than access to capital. Software development is a critical skillset; universally there are more tech jobs than people who can do the work. It is this demand and supply imbalance that make OfferZen work.’

‘I think there are two particular ways that software development is different from most other work. First, there is infinite demand for software. The physical world has limits, and most non-software work has a natural limit; once you’ve audited all the financial statements for every business on the planet, you’re done. Software is different; the virtual world is infinite.’

‘People used to think that software gets ‘done’, but it turns out that almost every bit of software can keep being improved and iterated on. There are more engineers working on Google’s search engine now than ever before. And as more software gets created it enables even more software to be created. Open source software like Linux, Ruby on Rails and thousands of other libraries enabled us to develop OfferZen. Commercial software services like Amazon Web Service and Twilio provide building blocks that make software development faster and easier.’

‘Second, software development is a craft. Software development is unique in that in many ways it is closer to a craft like carpentry or painting than it is to a career like accounting or law. Every table or chair a carpenter makes is unique, and that is what gives it its distinct value. ‘Mass production’ in software is meaningless. Code is only useful if it is unique.’

South Africa, of course, has a huge unemployment problem. I ask Joubert whether software development can help alleviate this?

‘We have found some interesting things in terms of employment and skills in the tech sector specifically. As the accompanying figure explains, formal education doesn’t seem to be a large predictor of developer salaries.’ 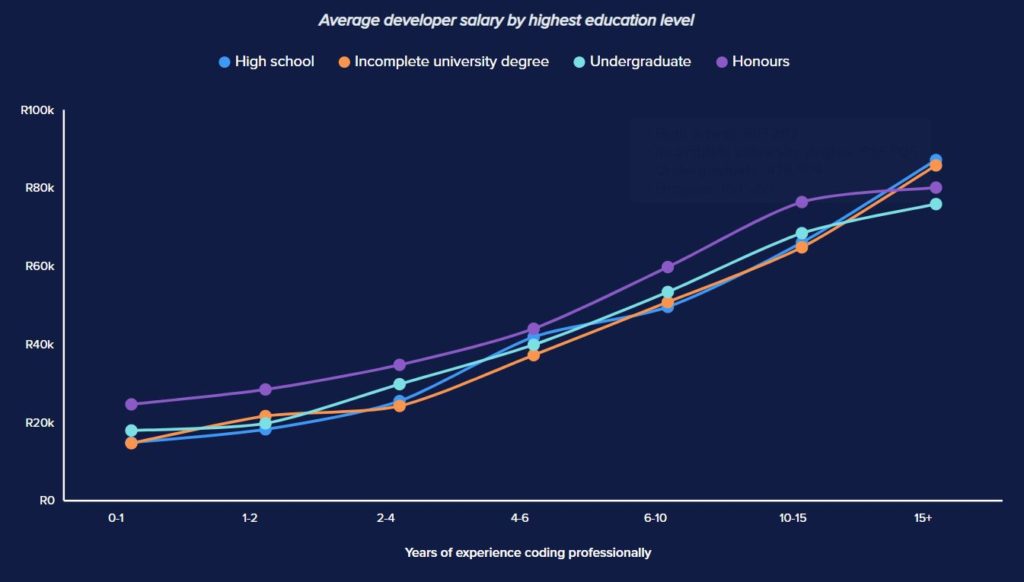 ‘In effect, you can think of the time spent at university as equivalent to time spent learning coding on the job. In essence, a four-year degree starts you off where someone without a degree would be after about four years of employment. This is one of the things I find so exciting about software development; it’s much more feasible to have a great career in software without formal training, than it is in something like law, accounting or medicine.’

Joubert’s remarks raise as many questions as they answer. If a four-year degree is equivalent to four years of employment, should we not encourage more matriculants to avoid an expensive (and often unsuccessful) university education altogether? How can we expand training programmes to more at lower costs? Is the root of South Africa’s economic turnaround perhaps to be found in the most unlikely of tasks: using robots to equip the next generation with the skills to talk back to them?