The rise of Economic History of Developing Regions 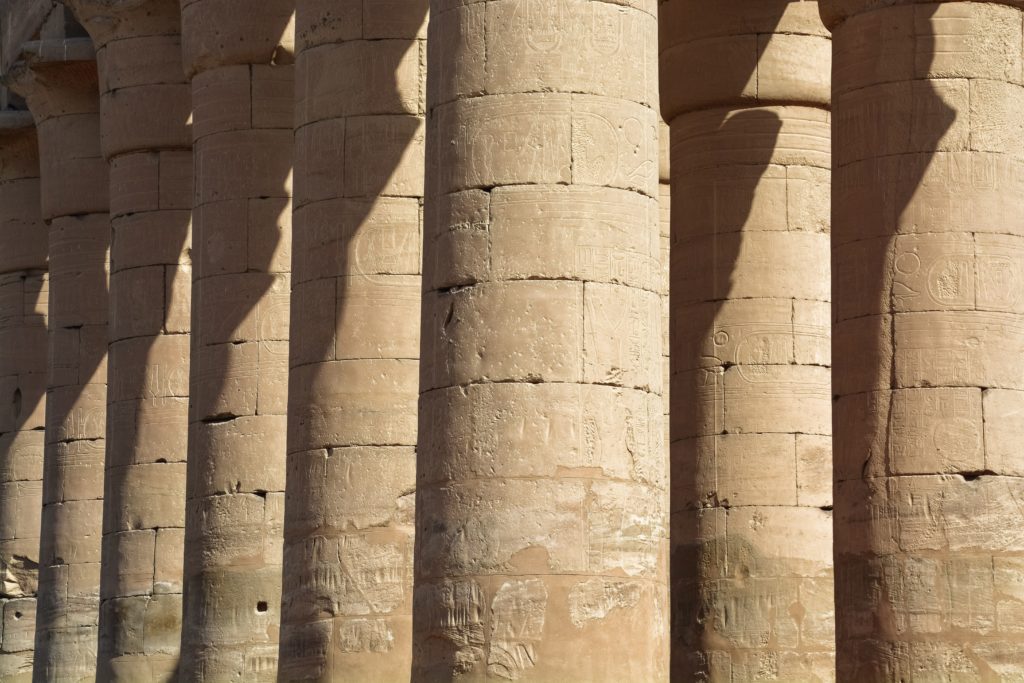 Photo by Jeremy Zero on Unsplash

Academic journals are sacred establishments. Yes, there are worries about the (low) accessibility and (high) profitability of academic publishing. And yes, there are good reasons to be suspect of publication incentives pushing research into a low quality-high quantity direction. And yes, there are other ways to disseminate research, including blogs and social media engagement.

But academic publishing in the form of journal papers is still the most sensible way to advance science. And publishing houses often provide valuable services that cannot be replicated by Open Source self-publishing (yet). Economic History of Developing Regions is a good example. Formerly self-published, in 2010 the journal was brought into the Taylor & Francis stall. It was the right decision to do so.

I was fortunate to be involved in that decision more than a decade ago. The then editor, Stefan Schirmer (Wits), and the Economic History Society of Southern Africa chose to rebrand what was then the South African Journal of Economic History. We wanted the journal to appeal to a larger audience, beyond South Africa’s shores. This was a giant leap of faith. Although submissions were dwindling, the previous iteration had produced high-quality South Africa-focused economic history for more than 25 years. Who would publish in a journal that now had no regional focus?

Many, as it turned out. We were fortunate that several big names in the field, including Daron Acemoglu and James Robinson, submitted papers to the inaugural issue, papers that would go on to attract many citations. After Stefan Schirmer, Leigh Gardner (LSE) took over as editor, with me in a supporting role. The international profile was cemented by Leigh’s energetic contributions, which included increasing the number of issues per year from two to three. In 2018, Leigh and I were succeeded by Alfonso Herranz (Barcelona) as lead editor, with Alex Klein (Kent) in a supporting role. Earlier this year, Alfonso was reappointed for another four-year term. This month, Jessica Vechbanyongratana (Chulalongkorn) joined the editorial team. In my humble opinion, the journal has far exceeded the expectations the Society could have had when taking the leap in 2010.

But don’t just trust my humble opinion. Impact factors provide a more objective way to test progress. In 2010, the journal had no impact factor and was only listed in a few low-ranked international indices. The 2020 impact factors have just been released. In the case of Scopus, the EHDR main impact factor (SJR) is now 0.746, up from 0.460 in 2019. To put that in perspective, in the case of History, EHDR is now ranked 33rd of 1388 journals (within the top 3%) versus number 81 in the previous year. EHDR is in a similar position to the Journal of Global History (no 32) and higher than the European Review of Economic History (no 51). Among Development journals, EHDR is no. 58 of 282 journals and in Economics, EHDR is no 288 of 677.

There are other rankings too. Although the journal is still not included in the Web of Science JCR (a long and tedious process that we are working on), EHDR is on the ‘Emerging Sources’ list. This year, Clarivate has provided a ‘Journal Citation Indicator’ that helps to rank EHDR against those on the Web of Science list. The average JCI for each area is 1. In the case of History, EHDR has a JCI of 3.42, placing us in the top 2%, and higher on the list than Cliometrica (3.12), Economic History Review (2.81), and European Review of Economic History (0.88). 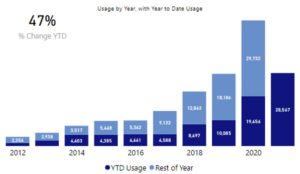 As Alfonso writes in a letter to the editorial board, ‘I do not think we should overreact to these results, since impact metrics are rather volatile and tricky to interpret, and the picture can completely change next year. However, I think it is reason for optimism in the evolution of the journal and on its consolidation in the group of the main international economic history journals.’ Ditto.

There are other ways to show the journal’s improved status too. The figure on the left shows the article downloads by year. The dark blue indicates the year-to-date. From a little above 3000 downloads in 2012, articles in the journal were downloaded almost 50 000 times in 2020. And given the strong growth already this year, 2021 will very likely be another record year.

Most of these downloads come from the developing world. South Africa is at the top of the list, but Tanzania and Kenya are fourth and fifth, and India also makes the top ten. The universities of Cape Town, LSE, Stellenbosch, Johannesburg, KZN, Bristol, Toronto, Wits, Lund and Cambridge make up the top ten institutions.

Submission numbers have increased too, doubling in 2020 and almost doubling again so far in 2021. The increase in submissions has improved the quality of papers published; the rejection rate has increased from 52% in 2019 to 68% in 2020.

EHDR has also launched several additional methods to interact with scholars. We have an active Twitter account that publicizes all published papers. New issues are also announced on eh.net. Thanks to editorial board member James Fenske, an EHDR webinar series provide opportunities for scholars from or based in developing countries to present their research. We also have a biennial prize awarded to the best paper in the journal. The most recent winners were Tawanda Chingozha and Dieter von Fintel for their article ‘The Complementarity Between Property Rights and Market Access for Crop Cultivation in Southern Rhodesia: Evidence from Historical Satellite Data’.

There is still much room for improvement. The number of submissions can still increase further. We are, in particular, looking for more quality submissions from Latin America and Asia. I also hope to see a fourth issue introduced in the next two to three years. But thanks to the hard work of editors, authors, and our underappreciated referees over the last decade, and the support of Taylor & Francis, Economic History of Developing Regions have succeeded beyond expectation. Here’s to the next decade!