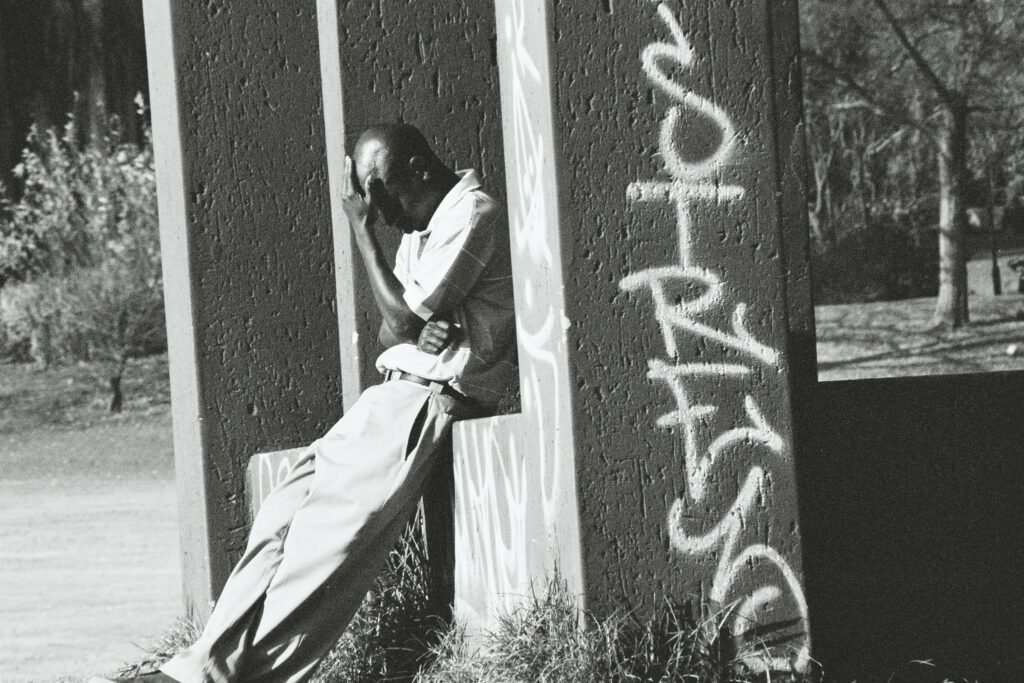 Photo by Hennie Stander on Unsplash

It’s 5 am on a Monday morning and the alarm goes off. It’s time to go to work. Sigh.

Yet in South Africa, it’s useful to remember that not everyone is so lucky. The official unemployment rate, measured in June 2021, is at 48.9%. It’s one of the highest in the world. It’s so common to associate South Africa with high unemployment that these statistics hardly shock us anymore. But think about it: one out of every two individuals that can and want to work, cannot find a job – and as a result, do not earn an income, do not pay income tax, and find no pleasure in being a productive member of society.

One would think that with such a severe social dilemma there would be many smart people working to solve the issue. But at the moment there are basically two diametrically opposed schools of thought. On the one side there are those that believe workers are being exploited. The outsourcing of manufacturing to ‘cheaper’ countries, the large numbers of (illegal) immigrants and mechanisation (through increasingly smarter AI algorithms) usually carry the blame. Those with this view usually plead for higher minimum wages and stronger labour market regulations. There is ample evidence that this group is winning the policy battle: a precipitous rise in minimum wages was recently announced, and there is even talk that the Department of Labour will ban the employment of foreign workers in certain sectors.

On the other side, there are those that attribute our high unemployment rate to exactly these types of state interventions, which limit the ability of the private sector to create jobs. Why would an entrepreneur risk employing an unskilled labourer, they ask, if there is no chance for the entrepreneur to let that person go if he fails to perform as expected? In Cyril Ramaphosa’s State of the Nation address on 10 February, there was at least a sense that the president is aware of this when he noted that it is the private sector that must create jobs, not government.

It is not difficult to see that only one of these views can be true. And, most economists would agree that, with an extreme unemployment rate of close to 50%, it is state intervention in the labour market that is limiting employment creation. Here’s one piece of evidence: think of a different economy where the same three issues –  outsourcing, immigration, mechanisation – has been said to predict imminent unemployment: the United States. And yet, despite the ravages of Covid 19, American unemployment is today at record-low levels. The labour economist Marianne Wanamaker of the University of Tennessee explains that there are two trends that explain this remarkably low rate:

The first is a full and complete recovery of GDP, all the way back to trend. It is the strongest recovery among our peers. The other is about a 1.5 percentage point drop in the labor force participation rate on top of a labor market that was already tight in Feb 2020. So 2022 was always going to be a struggle for employers, and dropping 4 million extra workers from the labour force during Covid just made it that much worse.

Why did so many people leave the labour market? Half of the LFP drop in the US is early retirements. People’s nest eggs exploded in value, so they had plenty of license to retire early. The consequence? Because there does not seem to be the political will to boost immigration, the only thing that will happen – apart from a rise in real wages, as workers’ bargaining power increase – is automation.

Herein lies a lesson for South Africa: it is not possible to legislate higher wages in the long run. We need more belief in the power of the invisible hand than in state paternalism.

The irony is that only five decades ago South Africa was also a labour scarce country. For most of the twentieth century, the question that absorbed policymakers was not how to create jobs for the unemployed but rather where to find workers to fill the jobs in mines and factories. Then, as now, the market was not allowed to do its thing: white labour unions used legislation to ensure that only white workers could fill skilled jobs. This lifted white wages artificially, and kept black wages low. To find enough workers at this low wage, black men were recruited from neighbouring territories like Malawi and Mozambique. As black labour unions gained political power in the 1980s, pushing for their wages to converge to the white wage rate, wages began to outstrip productivity. Many firms responded by mechanising, reducing their demand for (expensive) labour. Unemployment followed.

Unemployment not only meant a loss of income. In a new book, Jan Lucassen, a Dutch labour historian, explains that work is much more than just earning an income: ‘Work is as much about self-esteem as it is about gaining respect from others’. In The Story of Work: A new History of Humankind, Lucassen explains that cooperation underpins societies, from the primitive household to the multinational firm. He cites his Dutch colleague, the primatologist Frans de Waal, who refers to the empathy that we build from ‘proximity, similarity, and familiarity, which is entirely logical given that it evolved to promote in-group cooperation’. With work moving online, we have had to work much harder at building that empathy in our work teams. Our in-groups have become smaller. That is why Zoom meetings are so tiring, and why we will need to get back in the office sooner rather than later.

The same sentiment is expressed in James Suzman’s new book Work: A History of How We Spend Our Time. Suzman is an anthropologist who studied that Ju/’hoansi hunter-gatherers of the Kalahari. He explains their curious behaviour: the best hunters are often ridiculed when they return to the village to share their catch. This is the Ju/’hoansi’s way to ensure equality within the community and prevent the best hunters to gain too much power. Why, then, do the hunters continue to hunt? Suzman’s argument is that people have an innate need to test their talents against nature, and to make a productive contribution – to work.

But even if work is more than just a monthly salary, will we need to work at all in future? Won’t robots replace us?

At least since the Luddites have we feared the inevitable displacement of our labour by machines. And despite frequent warnings of the rise of robots (see, for example, Martin Ford’s new book – Rule of the Robots: How Artificial Intelligence Will Transform Everything), America’s low unemployment rate suggests that, even in the most advanced economy on earthy, there is little sign of mass displacement, for now.

On the one hand, mechanisation and automation will ease our lives by giving us greater access to cheaper goods and services. It will give us more time for leisure and the things that really matter to us, like spending time with friends and family. Would it not be nice to just receive a monthly cheque in the mail from the state at the end of every month?

There is much talk in South Africa of a basic income grant as a way to give the unemployed – half the population – a means to survive. It is sadly just another attempt, in my opinion, to use legislation to fix a problem caused by other legislation. And it is an expensive solution. In short: if we want to address the devastating unemployment situation in South Africa, we need to focus on making workers more productive. That cannot be achieved by raising the minimum wage or adding one more piece of labour legislation.

But let’s ignore the cost of a basic income grant for now. A world without the need for work is also a world in which we move away from the idea that work creates self-esteem and respect from others. A world without work is also one where we become more isolated and less empathetic. I don’t think it is a world I’d want to live in.

Perhaps the next time the alarm goes off at 5 am on a Monday morning, it might be useful to reflect on that.

* This is an edited version of a column that first appeared in Rapport on 13 February.