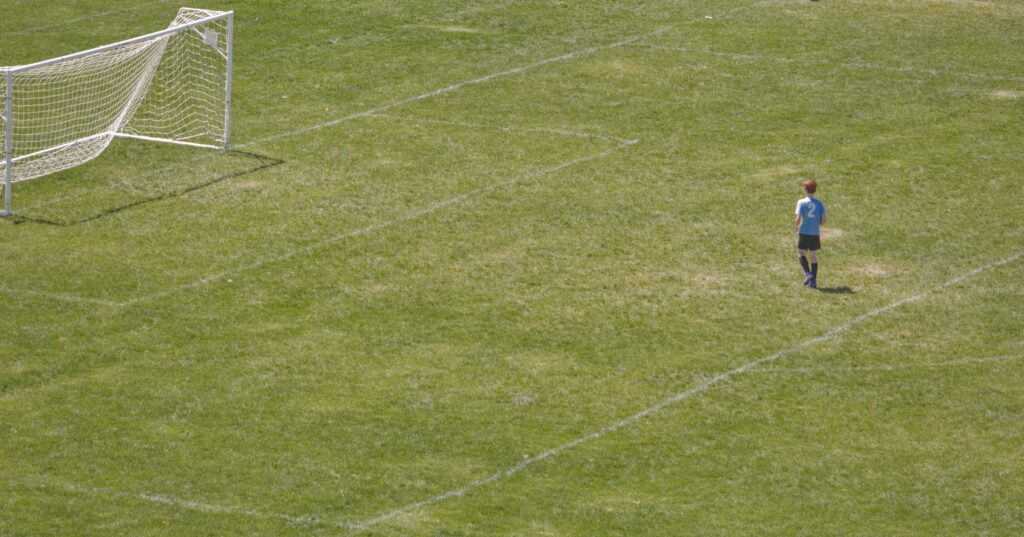 Photo by Joshua Hoehne on Unsplash

A few weeks ago, I found myself in a Home Affairs queue. The seven hours it took me to reach the front of the queue gave me ample time to strike up a conversation with the matriculant next to me. I ask him about what high school was like during a pandemic.

No, he explains, the lockdown was actually not that bad. Because his school was closed most of the time, he and his friends got together every day to play a game of soccer. His skills improved to such an extent, he adds, that he’s now considering a professional career in soccer.

Maybe the silver lining of the dark Covid cloud is that Bafana Bafana, South Africa’s national football team, will have a team able to compete at the next FIFA World Cup. It would be funny, however, if it was not so tragic, because that matriculant – and, in truth, all of us – have certainly not yet come to terms with the consequences of two missed school years, and what it means for his – and our – future. A school system that already had a yellow card was given a straight red by Covid and the lockdown.

The first and most obvious consequence of South Africa’s school closures was that kids learned less. A small number of children could continue classes online – classes, it must be said, that are not perfect substitutes for in-person lectures – but it is worth stressing that this is a tiny fraction of the total number of children. Most kids stayed at home, and learned nothing.

We see it in the numbers. First is just attendance. Two colleagues at Stellenbosch University’s Resep research unit, Debra Shepherd and Nompumelelo Mohohlwane, noted in a recent piece that almost one million learners that had to be in school was not in school by the end of May. Many simply decided to leave school early. For this group, catch-up is impossible.

For those that did return, as new research by colleague Servaas van der Berg and the Resep team show, the education deficit is immense. Although their results are yet to be published, the size of the deficit is akin to what has been found for other African countries: about a year’s of reading and mathematics ability. That is, a learner in grade 10 has the reading and calculus ability of the average grade 9 learner. This is the invisible pandemic that few seem willing to face.

It is not just that the researchers that know this. Ask any high school teacher, even those in rich schools, and they are likely to concede that there are far behind on the curriculum. Many still hope that those education shortfalls can be eradicated by extra teaching. The truth is that that is unlikely to happen.

Take history as a guide. After an earthquake hit northern Pakistan in 2005, schools were closed for several months. The government spent considerable resources to rebuild and support struggling families, to the extent that within four years, there were no differences in adult outcomes between the regions affected and unaffected by the earthquake. The only (and large) difference was: the schooling outcomes of kids. Kids between 3 and 11 years old at the time of the earthquake, especially those in poorer households, developed large education deficits, deficits that would not be eradicated.

Such deficits have enormous knock-on effects: Should universities change their curricula to accommodate applicants who are not as well prepared? Should the labour market pay lower wages to new entrants who are not as productive? To what extent will this Covid generation make poorer political, financial and social choices, choices that affect all of us?

A week after my conversation with the high school student in the Home Affairs queue, the principal of another Stellenbosch high school wrote an open letter to the parents of his learners. ‘The number of learners that are disrespectful and rude’, he starts off, ‘is increasing daily. Our staff experience regular verbal abuse, from both girls and boys! Some learners make terrible remarks to teachers, remarks that hurt deeply and border on harassment. Swearing in front of friends and staff members is commonplace. We have to constantly break up fights, despite a code of conduct that is very clear on such matters.’

I read the letter and think immediately of a conversation I recently had with an American friend. A former architect, he now teaches primary school art classes to kids in poor neighbourhoods. He told me that, since Covid, instead of nurturing creativity in his art class, he is constantly breaking up fights. He has never seen this kind of behaviour. He’s tired, he explains, and is looking for a different job.

My teacher friend has a hypothesis for what he is observing: these learners don’t only have education deficits, they have emotional deficits. Social interaction disappeared with lockdowns. The lack of in-person contact – and the hiding behind masks – has caused a loss of trust: learners interpret body language and other social cues poorly. In his words: ‘It is as if they have to rediscover the social hierarchy, and the only way to do this is to fight or flee.’

This is of course not true for everyone. I suspect those in better-off schools had not only the luxury of online classes but also the comfort of parents at home and resources to support them. But most poor kids were not so lucky.

It is still too early to find good information on this. We know that Covid badly affected mental health amongst teenagers. In America, suicide attempts by teenagers increased by 31% in 2020. In February and March last year it was 50% higher than in 2019 amongst girls. And a new study published this month in Pediatrics show that teenage girls experienced substantially more stress, anxiety and depression during Covid.

There are many factors that can leave psychological scars, of course. One very obvious and tragic factor is the almost 200 000 American children that lost either one or both parents due to Covid. I suspect the numbers in South Africa are equally large. Another is that the physical world has been displaced by the virtual, and it is here that girls are particularly vulnerable.

Maybe it is not as bad as it seems. Maybe the hypothesis of my teacher friend is just temporary: a few months of class and things will be back to normal. The same Stellenbosch principal reported recently that behaviour has certainly improved since he wrote his letter. Children are adaptable, and this too shall pass.

Maybe. The pessimistic interpretation is that the combination of education, social and psychological deficits has prevented a generation of children from reaching their full potential. That is likely to have consequences for all of us. A community that mistrusts one another, that cannot read the social cues, that fails to address the deep emotional scars is like a soccer team where no one wants to pass the ball. It is a recipe for failure. If we are to address this invisible pandemic, we need to start practicing to play together.